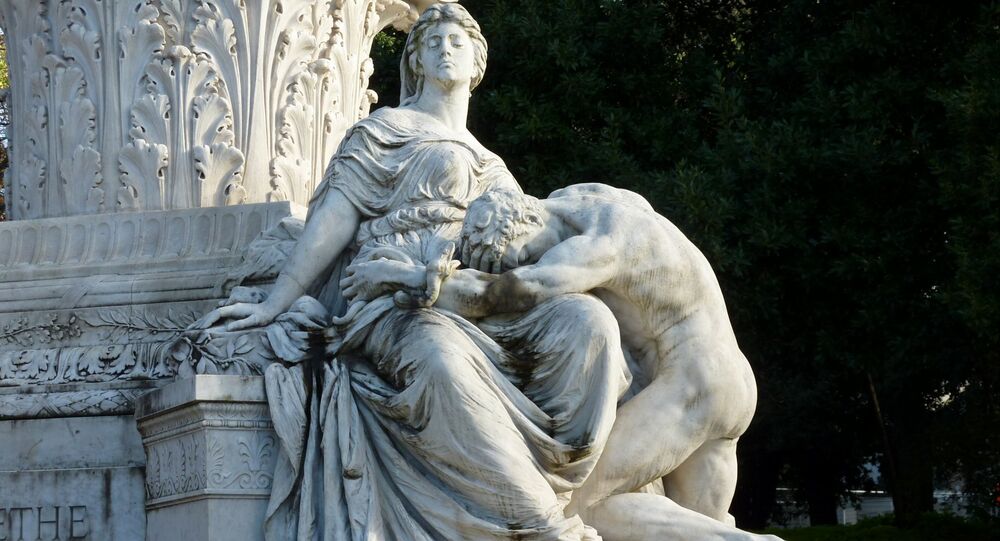 Greece has come under fire from Germany for its plans to secure the bailout package from Eurozone ministers. Athens is pleading for an immediate release of $24.4 billion (€22bn) - but this is $11.1 (€10bn) more than Brussels were expecting to hand over.

Prime Minister Alexis Tsipras has already fallen to the floor and accepted a raft of new reforms in return for the €86 billion bailout from Brussels, leaving the country with no choice but to impose harsh austerity measures on the already suffering Greek people.

But a German paper circulated among Eurozone finance ministers says Berlin is concerned about a proposed delay in the privatization of Greek assets, worth €50 billion. Germany want the privatization now — not next year.

In a paper sent to Eurozone ministers in Brussels yesterday, German Finance Minister Wolfgang Schauble's office said the Greek reform plans on debt sustainability and privatization of assets as "not yet compliant" and showing "no full clarity on the direction of policies."

"Some very important measures are still not yet implemented and are not specified."

Berlin also remains concerned over how Greece will be able to service its foreign debt leaving Greece still with a fight on its hands to seal the deal, which has been dragging on for months.

Germany has been benefitting from Greece's debt crisis since 2010. http://t.co/AnEnLtczge pic.twitter.com/oaIPSzPTDT

But the deadline is fast approaching. By Friday Eurozone ministers must approve the full bailout deal or give Athens a bridging loan to pay off the pressing $3.56 billion (€3.2bn) debt repayment to the European Central Bank by August 20.

It increasingly appears to be the case that Greece's economic fate was always in the hands of the Germans.

Alexander Douglas, lecturer in the philosophy of economics at the University of London predicted that the Troika — Greece's creditors, wanted Tsipras' blood and he told Sputnik news that they're going to get it.

"The true costs of unemployment are sickness, depression, and even loss of life. These will continue to increase so long as Greece is prohibited from running a large deficit."

"There is simply no other way for a country in its [Greece's] situation to move towards full employment. There is no export boom on the horizon, and an explosion in private debt would be a decidedly short-term and ultimately damaging solution, as 2008 should have taught us."

germans offering greece a way for germany to give german banks money which greeks pays back later is a sick way to describe assistance.

Despite the last minute demands by Berlin, Greece's fate, according to Douglas lies not in the hands of the Germans — but in the single currency system.

"We are moral animals, and sometimes when we don't fully understand an economic problem we're tricked into assuming it must be some sort of ethical conundrum. This is not a specifically German delusion; it just happens to be behind the sentiments of a lot of German policymakers (as well as many others) right now."

"Greece's economic fate is in the hands of a fiscal system that doesn't work and an overzealous moralising instinct buried deep in human nature, in my view," Douglas told Sputnik.

By tonight — Athens has been warned by the Troika to approve around 40 new pieces of legislation to keep the creditors happy. This includes overhauling the tax system, raising the pension age to 67 and cutting pharmaceutical prices.

So, for Greece to get back up from its knees — the country needs to become more fluent in the German way of operating. A Memorandum of Understanding drawn up by Athens shows just how challenging the reform plan is for the Syriza government, highlighting the extent of external control of the Greek economy and the rapidity with which Athens must implement the austere reforms, not to mention the demanding budget plans.

MERKEL: "No, no no, Alexis! You must do it my way!" Cartoon by Christo Komarnitski. @Christo_Komar #Tsipras pic.twitter.com/0cFUOyDgyj

It seems however, tough the economic conditions are for Greece — Germany would like to see them get tougher. Tsipras' journey up from his knees is far from over and the Troika won't stop until they see the red stuff.