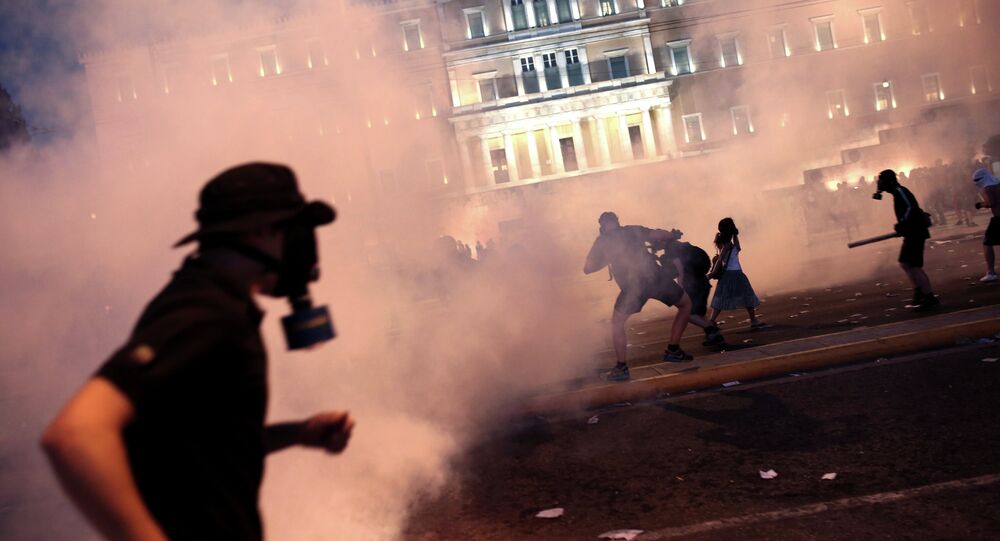 © AP Photo / Thanassis Stavrakis
Greece and Creditors Agree to Budget Targets Ahead of Bailout Deal
MOSCOW (Sputnik) – Protests in the Greek southeastern island of Kos began early on Tuesday morning during an intake procedure to register undocumented immigrants in a stadium on the island, according to The Daily Mail newspaper.

Some 1,500 people, gathered in the stadium in a long line to get necessary papers, saw several fights occurring in the crowd.

Greece, along with most of Europe, has been facing a dire refugee crisis in recent months. About 124,000 refugees arrived at the Greek islands of Lesbos, Chios, Kos, Samos and Leros from the sea during the first seven months of 2015, according to UN estimates.

The number shows a 750-percent increase compared to the same period in 2014.