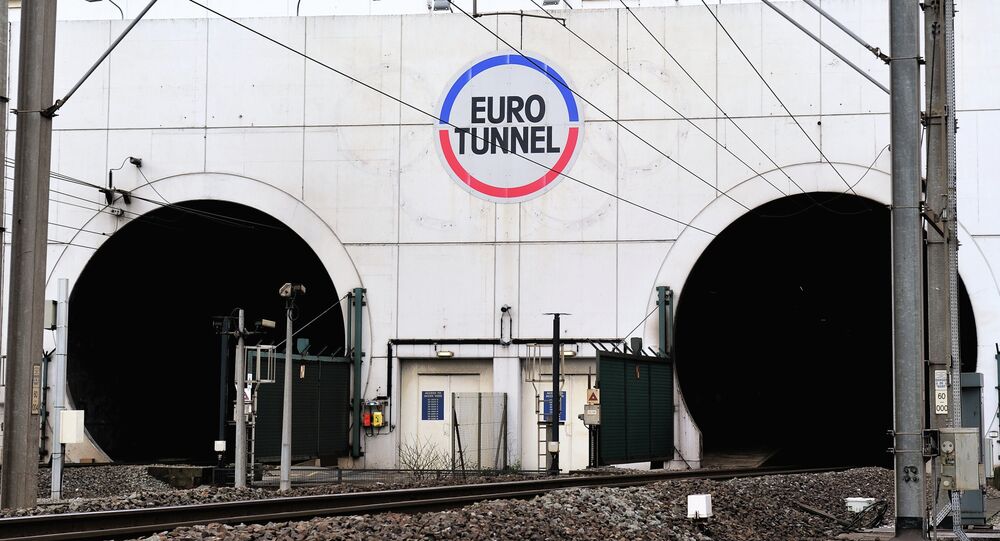 Eurotunnel, an operator of the Channel Tunnel, is threatening to launch a multimillion lawsuit against the UK government if the authorities decide to suspend the overnight services as the migrant situation in the area shows no signs of improvement, the tunnel operator's CEO said.

MOSCOW (Sputnik) — The Telegraph reported Friday that Eurotunnel CEO Jacques Gounon accused UK ministers of "sowing panic among customers and investors" as the information emerged that plans concerning the closure of the tunnel were discussed during the emergency meeting earlier in August.

"Under the concession agreement Eurotunnel would be obliged to claim for losses which we estimate could easily attain the level of circa £200 million [$310 million] per year. Any significant reduction in overnight services through the Channel Tunnel would have a grave impact not only on the concession holder but also on the UK economy," Gounon said, as quoted by the newspaper.

He said it would be a better option to focus resources on resolving the migrant situation in the French port of Calais, from which undocumented migrants are trying to go to Britain on trains and trucks traveling through the tunnel.

© REUTERS / Peter Nicholls
Opponents, Supporters of Eurotunnel Migration Clash in UK
The Eurotunnel head said the company’s customers were concerned about possible impact of a potential closure and called the move "counterproductive."

Gounon said the customers would be able to demand compensation from the British government on top of the 200 million pounds claimed by the company in case of the tunnel shutdown.

France's Calais is in the middle of a migrant crisis, as estimated 5,000 people are living in camps in the area, making attempts to cross into the United Kingdom through the Channel Tunnel.

Migrants Make Over 1,000 Attempts to Enter Eurotunnel in France Overnight