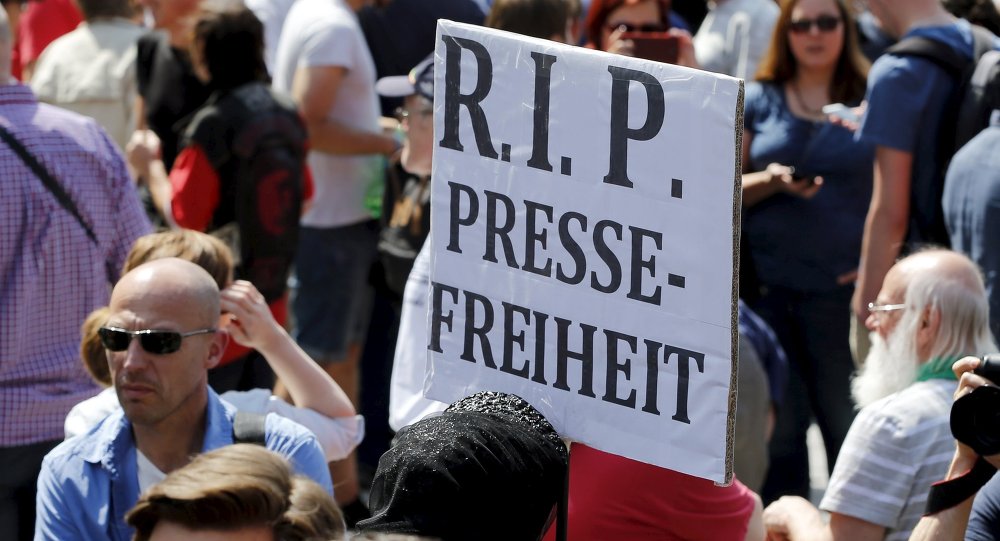 German lawyer told Sputnik that bloggers and journalists in Germany enjoy a lot of freedom and therefore must ensure they do not cross the line. But at the same she noted that accusations recently brought against two German bloggers are doubtful.

“Whether the journalists have crossed the line in this case is a controversial issue that is now being discussed publicly. I think they did not,” Mönikes told Sputnik.

© AP Photo / Britta Pedersen/dpa via AP
Public Outrage to Halt Treason Probe Against German Bloggers
Markus Beckedahl and Andre Meister from netzpolitik.org face possible charges of treason for quoting in their articles documentation from the Federal Office for the Protection of the Constitution on plans to illegally extend Internet monitoring.

According to Mönikes, the concept of high treason is quite broad: it is enough that the offender is aware that, for example, through the publication of any materials he or she harms the state.

“At least such an accusation put forward by the investigation committee. But I still think that this accusation is quite doubtful,” the legal expert said.

According to Mönikes, the state does not like it when confidential information becomes public as it may lead to serious problems. But this problem is the responsibility of the state authorities and not the media. The state should deal with it and ensure the privacy of their data, Mönikes argued.