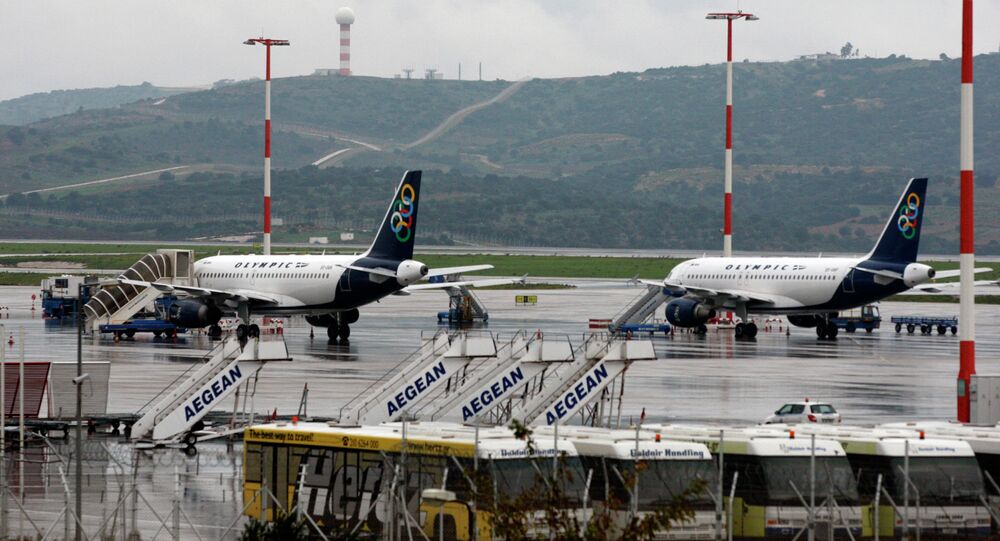 According to an official from the Civil Aviation Authority, the Greek Union of air traffic controllers is to hold a four-hour strike.

© AP Photo / Thanassis Stavrakis
Greek Pharmacists Hold Nationwide Strike Over Drug Law
ATHENS (Sputnik) – The Greek Union of air traffic controllers will hold a four-hour strike on Wednesday, to demand that a draft law to establish an independent air navigation authority to be overseen by the Greek Civil Aviation Authority be put before parliament.

"The strike will take place between 14:00 [11:00 GMT] and 18:00. Thereby, passengers need to find out from their airline, whether it has changed their itinerary, for how long their flight will be delayed, or if it will be canceled," an official from the Civil Aviation Authority told RIA Novosti.

He did not specify how many flights would be affected by the strike, however, the largest Greek airline has announced the cancellation of 12 local flights.

Unless a decision is made on the air navigation authority, the union intends to stage two more four-hour strikes after August 14.