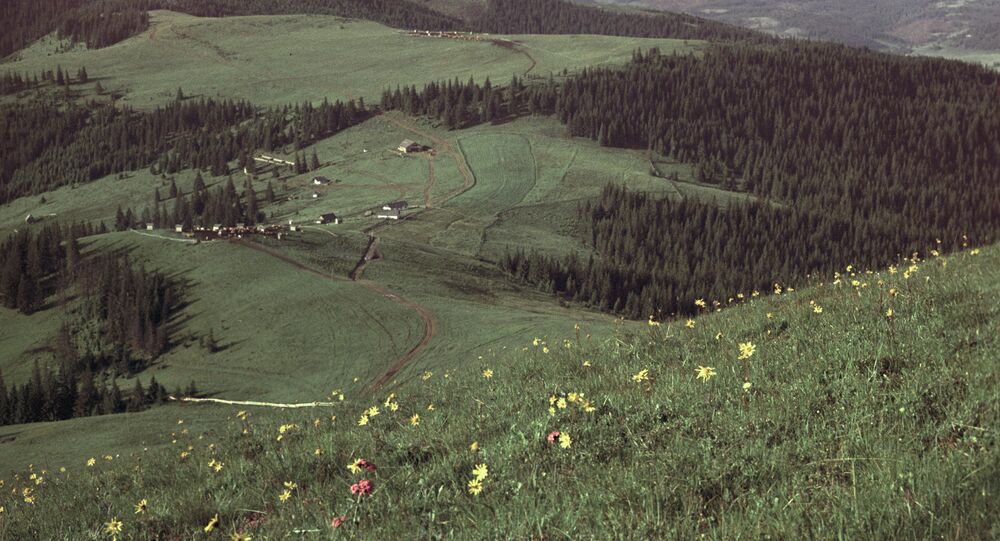 The Assembly of Northern Bukovina Romanians has declared their region a “province of Romania,” media reports said on Thursday.

© Sputnik / Andrey Iglov
Poroshenko's Proposal to Make Crimea a Tatar Autonomy: Too Little, Too Late
Representatives of ethnic Romanians living in the region made the declaration during their constituent assembly held in Chernovtsy on Thursday.

The organization of the region’s ethnic Romanian community  said they want to “safeguard the rights of Romanians living in a Romanian province, which is now part of Ukraine.”

“The recent events in Mukachevo showed us that the Bukovina Romanians cannot feel safe, that's why we need to secure this right ourselves,” said Dorina Kirtoake, one of the organizers of the Chernovtsy assembly.

She added that the organization will seek a special status within Ukraine.

“Right now we are talking about autonomy, nothing more,” she noted.

Cornelia Rusu, who also helped organize the Chernovtsy meeting, said that “the current economic and social crisis is destroying the very foundations of the region and the Romanians living there.”

“This why we established the Assembly of Bukovina Romanians to seek an autonomous status as part of Ukraine,” she said.

The participants unanimously supported these demands. Early last year many in Romania called to make use of the situation in neighboring Ukraine to win back their “lost territories”.

Adevarul newspaper even called for a military invasion into Northern Bukovina and Southern Bessarabia, which were under Romanian occupation from 1918 to 1940 and from 1941 to 1944.

“Ukraine is on the brink of a civil war, which could eventually split the country into a pro-European west and pro-Russian east. Is Bucharest ready to intervene to protect the ethnic Romanians living in Northern Bukovina and Northern and Southern Bessarabia?” the newspaper queried.