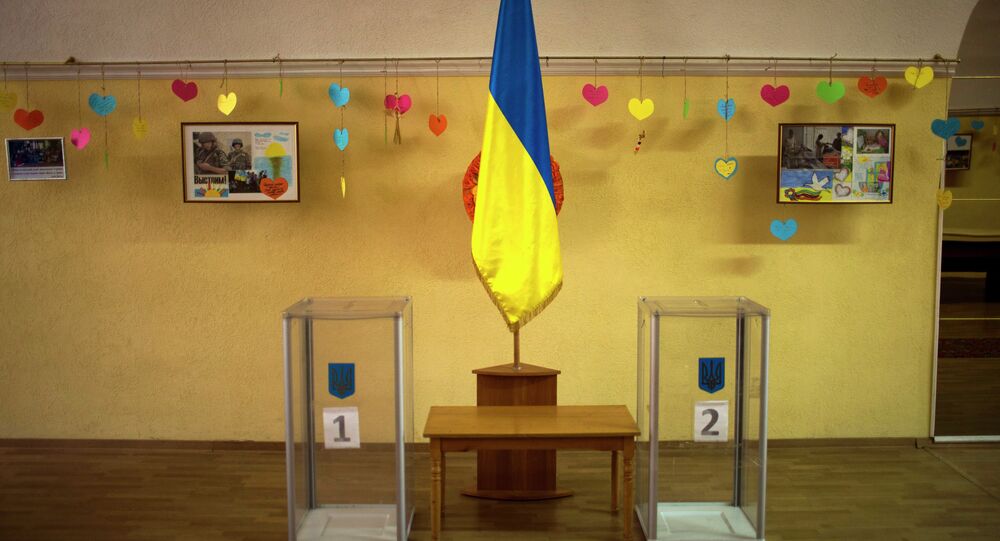 A member of Petro Poroshenko's party won a parliamentary by-election on Sunday after a campaign marred by fraud, violence and vote-buying.

The quiet northeastern Ukrainian city of Chernigov grasped the country's national attention over the past week as a parliamentary by-election in one of its districts became the focal point of a vicious feud between two rival oligarchic clans.

Two candidates led the polls, Serhiy Berezenko from the ruling president Petro Poroshenko bloc and Gennady Korban from the oligarch Igor Kolomoisky-tied UKROP (Ukrainian Patriots Union). The candidates also represent rival geographical interests, neither of which is from Chernigov.

The election, nearly a year and a half after the February 2014 coup, which the country's new government calls a "revolution of dignity," was saturated with physical altercations between political opponents and allegations of election fraud. According to the electoral commission, voter turnout amounted to 32 percent, two times less than in the 2014 national elections.

Before the election even began, the two candidates openly attempted to sway voters by handing out free meals. In addition, police seized duplicates of stamps from every single polling station to the district, possessed by an operative alleged to be working for Poroshenko's candidate. Violence also broke out after the arrival of nationalist Svoboda party deputy Ihor Mosiychuk to the city, to support the party's candidate.

© AFP 2021 / PATRIK STOLLARZ
Most Ukrainians Dissatisfied With Performance of Yatsenyuk, Poroshenko
The ballot, which had 91 candidates on it in alphabetical order, also had two candidates with last names similar to Korban - one Karban and one Korpan. According to Ukraine's electoral commission, Karban received 1.6 percent of the vote, beating out most of the candidates, while Korpan received only 0.07 percent.

Ukrop, which means "dill" (the herb) in Russian, was originally the informal name for Ukrainian opposition activists before the February 2014 coup, as an anagram for "Ukrayinskyi Opir," or Ukrainian Resistance. It later became a term used by Donbass independence supporters as a humorous name for pro-Kiev fighters. The name was then again re-appropriated by pro-Kiev fighters in a similarly humorous vein, and later became the name of oligarch Kolomoisky's new political party. The party also operates a children's camp called "Ukropchik." The Ukrainian word for dill is "krip."

Where is Kolomoisky? Ukrainian Oligarch Seen at US Basketball Games