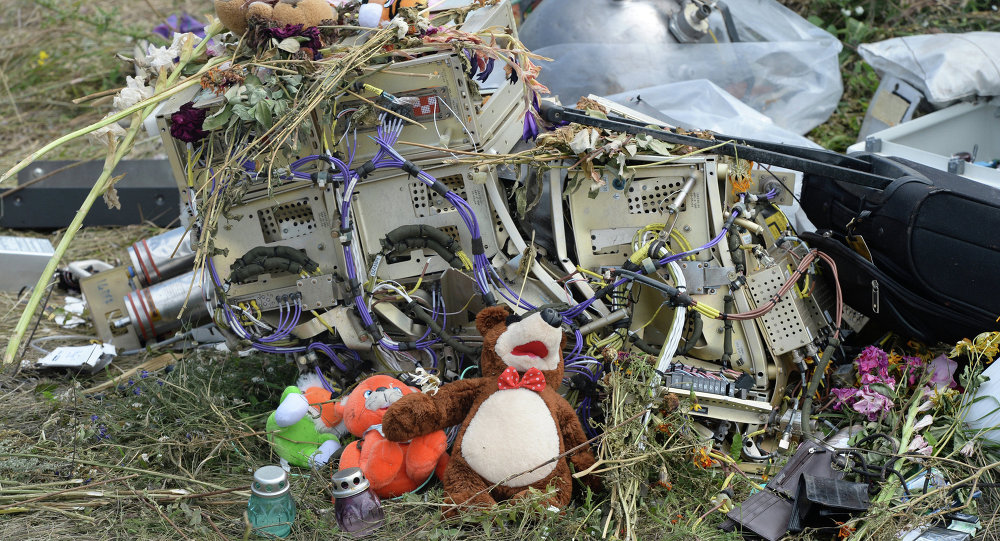 The foreign ministers of Australia, Belgium, Malaysia, the Netherlands and Ukraine have signed an open letter published in the Financial Times on Friday calling for a fair investigation into the Malaysia Airlines flight MH17 crash.

© REUTERS / Antonio Bronic
West Exploits MH17 Crash to Fuel Conflict in Ukraine – German Politician
MOSCOW (Sputnik) — On July 17, 2014, a Boeing 777 aircraft crashed in the eastern Ukraine region of Donetsk while on its way from Amsterdam to Kuala Lumpur, killing all 283 passengers and 15 crew members on board. Kiev and local independence supporters have accused each other of downing the plane.

"Now, as the public prosecutor in charge has signalled that the independent criminal investigation could be completed before the end of this year, our countries have asked the UN Security Council to swiftly establish an international criminal tribunal under Chapter VII of the UN Charter to try those responsible for this crime," the letter reads.

The foreign ministers claimed that the international tribunal would make the investigation more transparent, impartial and accountable.

"It would deliver justice to the families of all victims of MH17. It would ensure broad international support and maximise the potential for international co-operation. Further it would oblige all states to co-operate fully with the International Tribunal and its bodies," the letter points out.

© Sputnik / Andrei Stenin
Classifying Results of MH17 Crash Probe Unacceptable for Victims – Lawyer
Earlier in July, the same countries put forward a joint proposal to set up an independent tribunal to prosecute those responsible for the plane crash. On July 14, Malaysia submitted the draft resolution to the UN Security Council.

Russia has not supported the establishment of a criminal tribunal, calling it premature and counterproductive, advising that the parties wait for the results of Dutch Safety Board investigation to become available first.

Currently, the Dutch Safety Board is carrying out an inquiry into the circumstances surrounding the plane crash. It is due to release a final report on the crash in October.