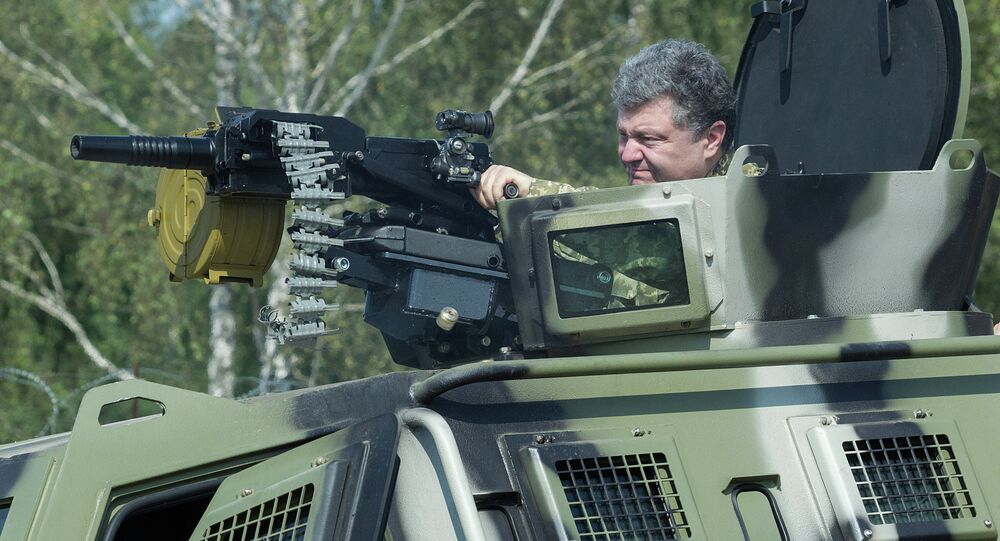 It seems that Petro Poroshenko's recent promise to "prevent the constant shelling" turned hollow, as Donetsk registered an increase in attacks on residential areas.

"Despite the statement made by [Ukrainian President Petro] Poroshenko about the establishment of a demilitarized zone and the withdrawal of equipment from the line of contact, the withdrawal has yet not begun. At the same time, there is an increase in attacks on residential areas of the republic," Basurin said.

According to him, attacks by the security forces over the past day resulted in no civilian casualties, but two militiamen were wounded.

Basurin added that the DPR continues to detect Kiev military equipment moving toward the contact line in Donbas.

“The location of 4 units of self-propelled artillery has been registered to the south of Novoselovka-2 village, eight kilometers from the contact line,” Basurin said.

© REUTERS / Kazbek Basaev
Donetsk Completes Removal of Weapons From Line of Contact
The withdrawal of heavy weapons with a caliber of over 100mm and the creation of an 18-mile buffer zone by both the Kiev forces and Donbas independence supporters are among provisions of the Minsk ceasefire deal signed in February.

On Tuesday, the Contact Group on Ukrainian reconciliation, comprising representatives of Kiev, the self-proclaimed people's republics of Donetsk and Lugansk, as well as Russia and the Organization for Security and Co-operation in Europe, reached an agreement on the procedure and schedule for the withdrawal of heavy weaponry from the contact line in eastern Ukraine.

On Wednesday, Poroshenko ordered to immediately create a 30-kilometer buffer zone along the line of demarcation, "to withdraw weaponry that remains, to withdraw tanks, to remove mortars and to prevent the constant shelling."

Donetsk Removing Weapons of Less Than 100mm Caliber From Horlivka