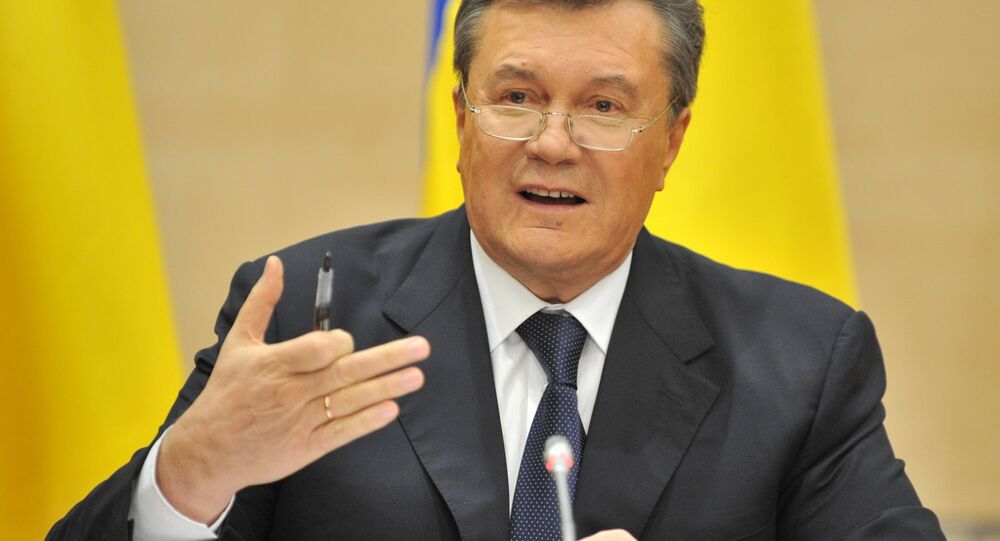 Interpol removed Viktor Yanukovych from its wanted persons list following an initiative of a law firm that described criminal charges against him as a part of political persecution by Ukraine's new regime.

A file which contained personal data about the deposed Ukrainian leader was emptied Monday, and a Red Notice international request about him was suspended July 16, according to a press release from the Joseph Hage Aaronson LLP firm. Interpol has also blocked access to data concerning Yanukovych.

"This action by Interpol follows an application to Interpol by Joseph Hage Aaronson LLP on behalf of President Yanukovych seeking his removal from the Interpol list of 'wanted persons,' including on the basis that criminal charges brought by the new regime in Ukraine against President Yanukovych were part of a pattern of political persecution of him," the firm said.

BBC
Lost in Translation, or What the BBC Cut From Their Yanukovych Interview
The lawfulness of charges against Yanukovych raised concern at Interpol, necessitating further study in the case, the press release said.

Yanukovych served as Ukraine's president from 2010 until he was ousted by a military coup in 2014, almost a year before his legal term expired. The coup was preceded by months of large-scale protest in Ukraine's capital Kiev, following Yanukovych's rejection of a plan to deepen the country’s ties with the European Union.

In the beginning of 2015, Interpol placed Yanukovych on its wanted list after Ukrainian authorities accused him of embezzling millions of dollars in public funds.