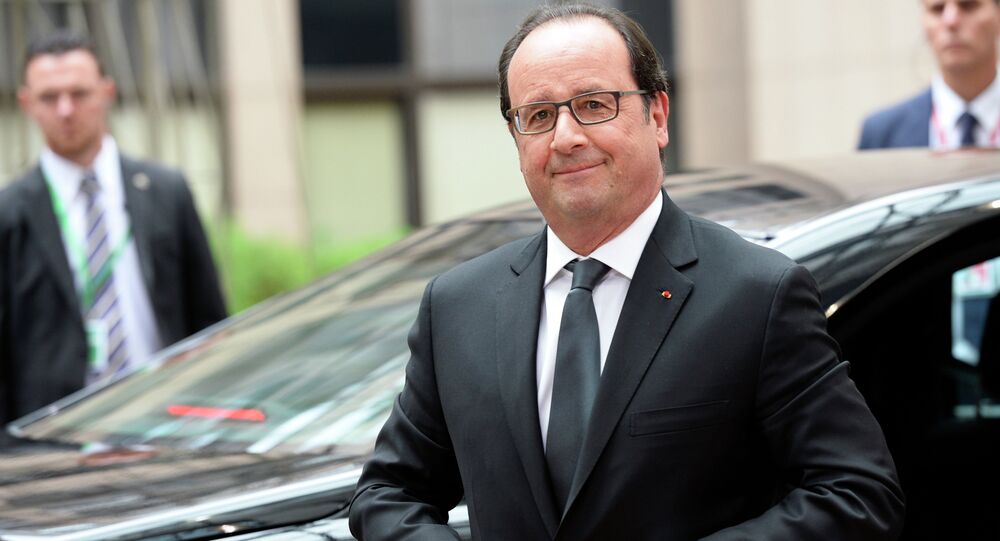 French President Francois Hollande has called for the creation of a Eurozone government that would unite the countries using the single currency within the EU, as they struggle to keep Greece from exiting the zone.

Hollande's remarks will be picked up by Euroskeptics as an admission that a single European currency cannot be maintained by countries with differently moving fiscal and economic cycles. He said France favored a "stronger organization" led by "a vanguard of countries" behind the euro.

He told Journal du Dimanche that he agreed with Jacques Delors — the former French finance minister and ex-President of the European Commission and one of the architects of the euro — which a single currency ought to be controlled by a single parliament responsible for its budget.

"I have proposed taking up Jacques Delors' idea about euro government, with the addition of a specific budget and a parliament to ensure democratic control," Hollande said.

"Sharing a currency is far more than wanting (economic) convergence. It's a choice that 19 countries have made because it was in their interest. No government, by the way, has taken the responsibility of leaving" the euro since its creation, he said.

#Hollande calls for vanguard of 6 states to rule #eurozone. I call it colonialism. #EU https://t.co/lXrEqQajPZ pic.twitter.com/nwDKY2gMOf

His remarks will be picked up on those who believe the euro is predicated on a false assumption that a single currency can be used by countries with differing economic cycles, which is epitomised by the current Greek bailout crisis.

Greece Lied its Way into the Euro

Greece admitted in 2004 that it fudged its deficit figures to gain entry into the euro. The European Central Bank's convergence criteria for entry into the Eurozone sates that: "An EU Member State does not fulfil the requirements for fiscal discipline, in particular if the ratio of the planned or actual government deficit to GDP exceeds a reference value (defined in the Protocol on the excessive deficit procedure as 3% of GDP)."

However, Greece admitted, three years after joining the euro for the period 1997 to 1999, when the country's economic data was scrutinized to decide on its eligibility for the Eurozone, were 6.44 percent, 4.13 percent and 3.38 percent respectively.

"Greece cheated to get in, and it's difficult to know how we should deal with cheaters."

Hollande's call for a Eurozone government backs up the view Delors expressed a year after the current Greek crisis began when it was first bailed out in 2010. He said current crisis stemmed from "a fault in execution." The euro's troubles spring from "a combination of the stubbornness of the Germanic idea of monetary control and the absence of a clear vision from all the other countries", he said.

Hollande's remarks play into the hands of those — including Euroskeptiks across the continent — who believe the EU could be divided into a two-speed affair with the Eurozone countries becoming one economic bloc with much closer fiscal ties and the non-Eurozone countries pursuing a more political and trade alliance agenda.

Who’s Next for Berlin’s Financial Blitzkrieg?