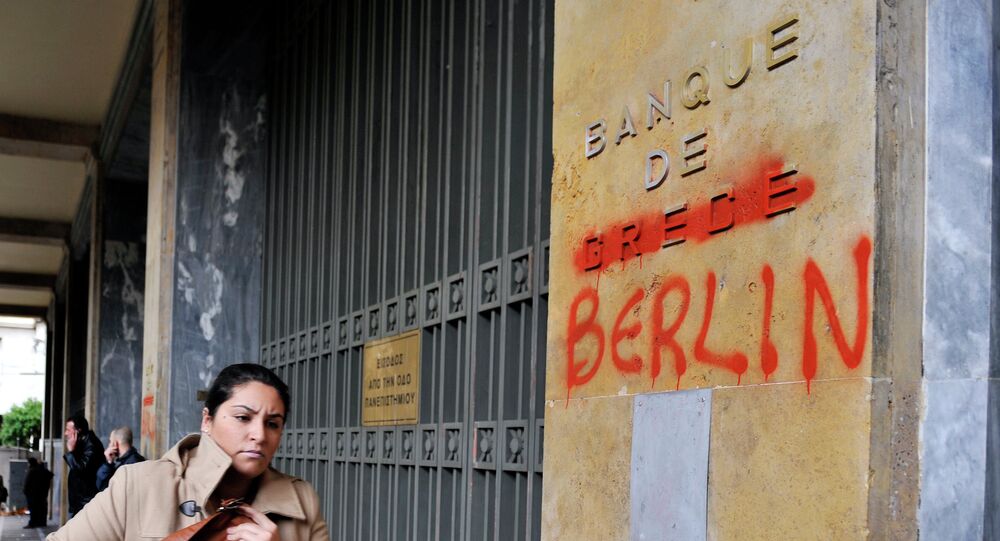 Andrej Hunko, German lawmaker from Die Linke party noted that the Greek people voted against additional austerity measures in a recent referendum, but are now being told they must accept them.

© AP Photo / Thanassis Stavrakis
EU Countries Approve 7 Bln Euro Short-Term Loan to Greece
MOSCOW (Sputnik) – The agreement under which Athens may receive a third bailout package worth some $95 billion is not a lasting one but only postponing Greece's current problems, a German lawmaker told Sputnik.

Earlier in the day, the German parliament voted to allow talks with Greece on a new financial aid package. The legislatures of France, Finland and Austria have also backed the motion to enter into new negotiations to help Greece cope with its multibillion-dollar debt.

"This is not a solution we need, it just postpones all the problems," Andrej Hunko from Die Linke party told Sputnik.

"The problem is that with this program the [Greek] economy will not come to a better situation, there will be a lot of problems in Greece in the next weeks and months. I’m very skeptical about what would happen there, maybe there will be new elections in October," he said.

© AP Photo / Michael Sohn
Germany's Bundestag Supports New Financial Aid to Greece in Majority Vote
On Monday, the eurozone leaders reached an agreement on a third bailout package for Greece. Under the deal, the Greek government must implement unpopular austerity measures in exchange for loans.

Hunko noted that the Greek people voted against additional austerity measures in a recent referendum, but are now being told they must accept them.

On July 5, the Greek public voted by a 61-percent majority to reject their international creditors’ demands for harsh reforms, in a move EU officials had warned could lead to Greece's exit from the eurozone.

The country owes a total of $270 billion to its three main creditors — the International Monetary Fund, the European Central Bank and some eurozone nations.