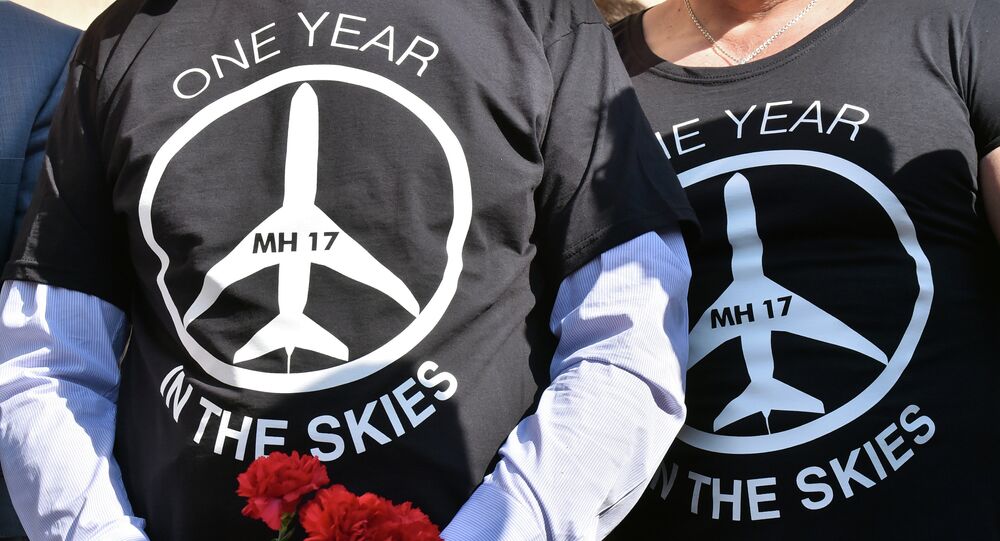 According to a member of Italy’s еurosceptic Lega Nord Party, the Ukrainian Air Control bears full responsibility for the MH17 crash by allowing flights in the airspace above an ongoing military conflict.

MOSCOW (Sputnik), Svetlana Alexandrova – There is no need to set up an international tribunal over the Malaysia Airlines flight MH17 crash in conflict-torn eastern Ukraine because the country’s air traffic control service is responsible for the tragedy, a member of Italy’s еurosceptic Lega Nord Party told Sputnik.

Last week, Malaysia submitted a draft UN resolution to establish an international tribunal to identify and prosecute those responsible for downing the aircraft. The draft was backed by Ukraine and the Netherlands, among other countries.

“We don’t need the international tribunal to prosecute those behind the downing of Malaysia Airlines flight MH17 in eastern Ukraine because we already know who is responsible for it and it is the Ukrainian Air Control,” Claudio D'Amico said.

The politician explained that the Ukrainian air traffic control should have prohibited any flights in eastern Ukraine, an area of violent military conflict since April 2014.

“If the Control has not done that, it is the one to blame for the plane crash,” D'Amico said.

On Thursday, Russian President Vladimir Putin said that initiatives to create an international tribunal on the MH17 crash are premature and counterproductive as all efforts must be applied to complete the ongoing investigation.

© Sputnik / Andrei Stenin
Lavrov: US May Be Seeking MH17 Tribunal to Push Own Version of Crash
Flight MH17 was on route to Kuala Lumpur from Amsterdam when it crashed in southeastern Ukraine on July 17, 2014, killing all 298 people on board the aircraft, mostly Dutch citizens traveling to a health conference.

The Dutch Safety Board, tasked with investigating the plane crash, is expected to issue a final report in October. According to its September 2014 preliminary report, the Malaysian plane broke up in mid-air after being hit by multiple "high-energy" objects from outside the aircraft.