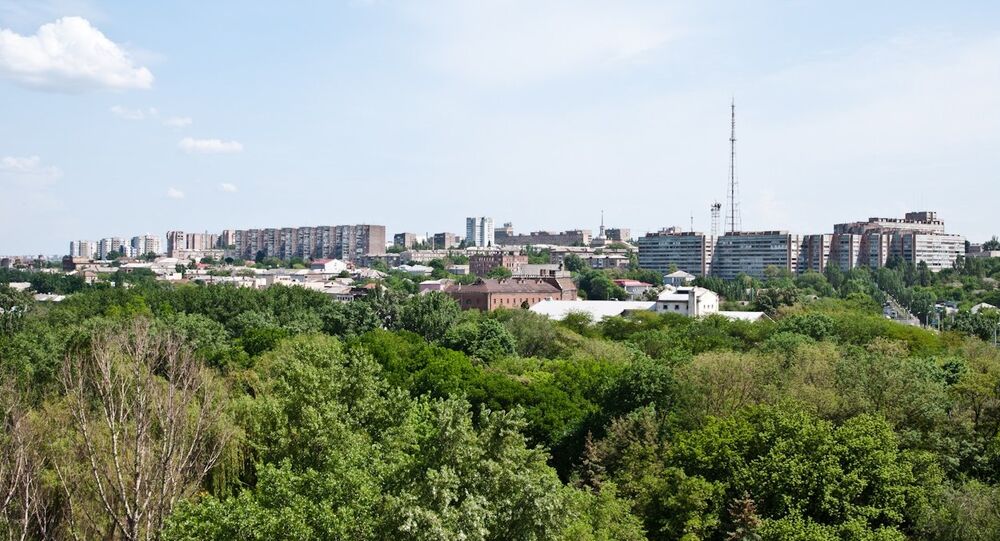 A spokesperson of the LPR Interior Ministry says two 13-year-old teenagers from the self-proclaimed Lugansk People’s Republic in southeastern Ukraine were taken to the ER after a shell explosion.

LUHANSK (Sputnik) – Two 13-year-old teenagers from the self-proclaimed Lugansk People’s Republic (LPR) in southeastern Ukraine were taken to the ER after a shell explosion, a spokesperson of the LPR Interior Ministry told RIA Novosti.

"On July 15 2015 two underage citizens born in 2002 were delivered to the emergency department of the Antratsyt city hospital with multiple shrapnel wounds. During a visit to the site of the accident it was established that the children received the injuries after a shell they were disassembling in an abandoned house exploded," the spokesperson said on Thursday.

© REUTERS / Alexander Ermochenko
OSCE Documents Buffer-Zone Areas Shellings in Eastern Ukraine – Report
The official representative of the LPR Interior Ministry added that the circumstances of the accident were being checked.

The southeastern Lugansk and Donetsk People's Republics declared themselves independent from Ukraine in May 2014, about two months after Crimea's voters backed reunification with Russia in a referendum.

Kiev started a military operation against independence supporters in southeastern Ukraine in April 2014. In February 2015, a ceasefire agreement was signed between the two sides in the Belarusian capital, Minsk. However, sporadic fighting has continued in the region.

The United Nations estimates that over 6,500 have died in clashes between government forces and independent supporters in southeastern Ukraine.