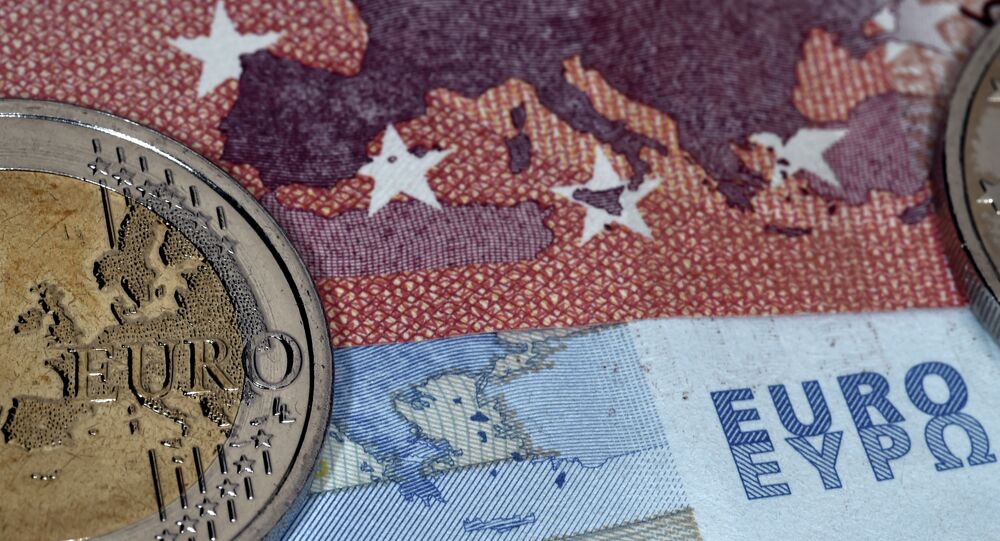 © REUTERS / Yannis Behrakis
EU Divide Saga: Austria Turns Its Back on Germany Over Greek Crisis
MOSCOW (Sputnik) – The Eurogroup will grant Greece a three-year European Stability Mechanism support after the Greek Parliament adopted the commitments drawn out in a July 12 statement during the Euro Summit, the Eurogroup said in a statement Thursday.

“On the basis of a positive assessment by the institutions, which concluded that the authorities have implemented the first set of four measures in a timely and overall satisfactory manner and which confirmed that the Euro Summit statement has been included in the preamble to the implementing law adopted by the Greek parliament, we reached today a decision to grant in principle a three-year ESM stability support to Greece, subject to the completion of relevant national procedures,” the statement reads.

The Eurogroup decision would pave the way for negotiations on specific parameters for financial assistance through the ESM for Greece.

© AFP 2020 / ARIS MESSINIS
A Resounding 'Nai': Greek Parliament Votes to Accept EU Bailout Plan
“Upon the completion of the relevant national procedures and the formal decision by the ESM Board of Governors expected by the end of this week, the institutions would be entrusted with the task of swiftly negotiating a Memorandum of Understanding (MoU) detailing the policy conditionality attached to the financial assistance facility,” the statement highlighted.

Earlier in the day, Klaus Regling, the head of the Eurozone's bailout fund, said the ECM will commit about 50 billion euro ($54 billion) to the Greek aid program.

The announcement comes after the Greek parliament voted in favor of the new package of bailout measures on Wednesday night, opening the way for the resumption of the flow of international financial aid to the debt-ridden country.