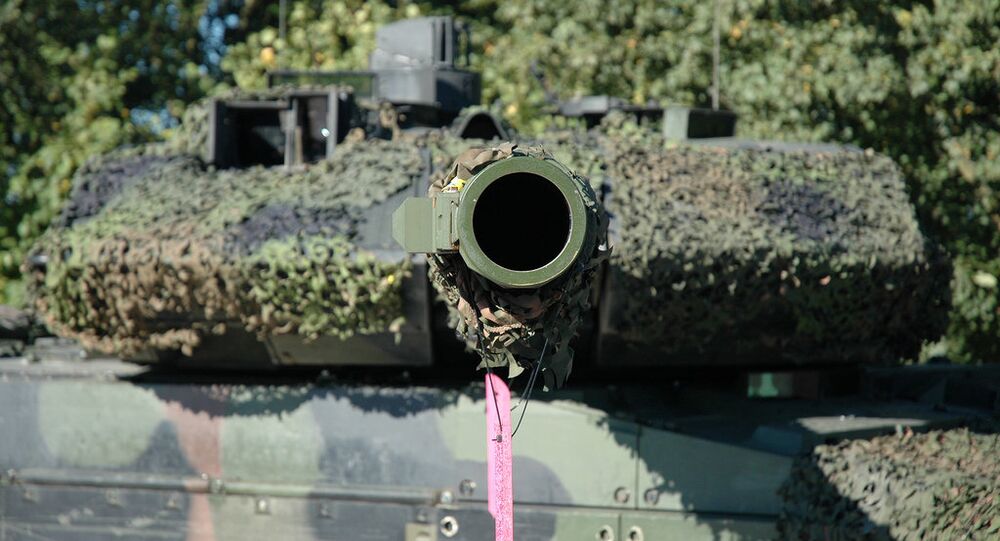 German Member of Parliament Niels Annen says the German government opposed to providing direct military support Kiev is being pressed to change its position the longer the conflict continues.

“As the conflict [in Ukraine] remains unresolved, the higher the pressure, for example, on the German government, to adjust its policy,” Annen said Monday of efforts to provide defensive weapons to Kiev.

The German politician, however, stated that there can only be a diplomatic solution to the Ukrainian conflict, noting the importance of the Minsk accords as “the only document we have that is signed by all of the conflict parties.”

Germany, France, Ukraine, Russia, and representatives from the Lugansk and Donetsk Peoples Republics signed the Minsk Accord in February 2015, committing to a cease fire and the removal of heavy weapons from the lines of conflict.

© REUTERS / Yuri Gripas
US Senator 'Arm Kiev' McCain Visits Ukraine
Independent monitors from the Organization for Security and Co-operation in Europe have identified continued breaches on all sides of the ceasefire agreement.

Annen encouraged Moscow to use its influence on independence fighters in Donbass and uphold its commitments under the Minsk peace agreement.

“If the Russian government wants to keep the European Union’s opposition to arming Ukrainian forces, they should, in their own best interest, act decisively to fulfill the Minsk accords,” Annen said.

In a Monday discussion, hosted by the Friedrich Ebert Foundation, Annen explained his view that the US proposals to provide weapons to Ukraine were intended to “harm the Russian Federation.”

Annen is currently in Washington, DC meeting with US officials and lawmakers. The US Congress and some leading US military officials have strongly advocated for providing weapons to Ukraine.

Annen added that revelations that the United States has spied on German leaders is not a major issue by itself, but together with differences over arming Ukraine and opposition to a Trans-Atlantic trade deal, it could impact bilateral relations.

"[National Security Agency spying' is not fundamentally changing our relationship, but it certainly in combination with arming Ukraine, [and] the duration of opposition towards free trade agreements… it is something that is worrying me,” Annen said.