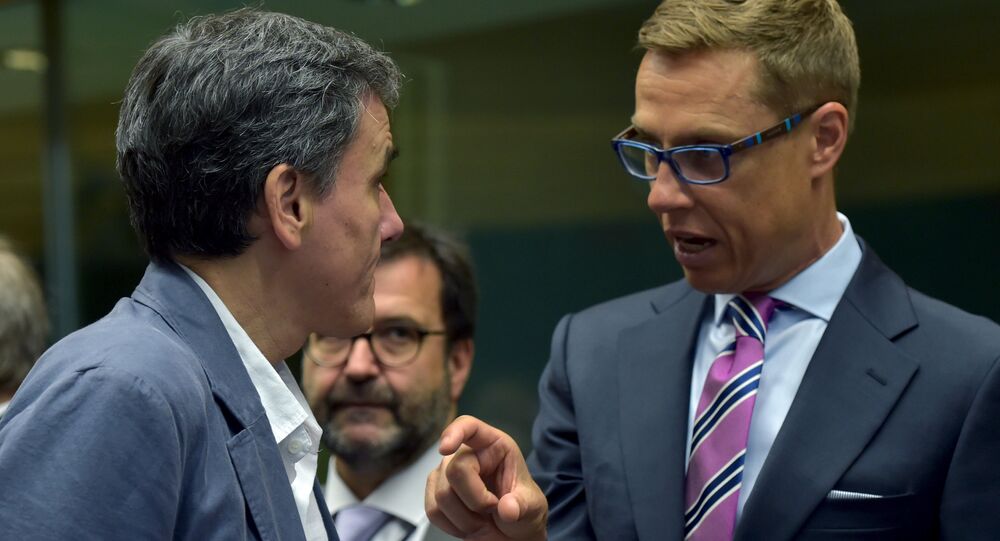 Greece Must Hold First Reforms by July 15 on Economic Crisis

© AFP 2020 / THIERRY CHARLIER
No Temporary Grexit - France's Hollande
BRUSSELS (Sputnik) – The Greek Parliament has by July 15 to conduct its first reforms as one of the key conditions to reach an agreement on the Greek economic crisis, Finnish Finance Minister Alexander Stubb said Sunday.

“It is a document that has far reaching conditionality on three accounts – number one, laws that have to be pushed through by the 15 of July, number two – conditions and prior actions that have to take place, and then number three – 4 bullet points that are quite far reaching on privatization and others, and the bottom line is if there is to be an opening of ESM negotiations all of these conditions have to be met and approved by both the Greek government and the parliament,” Stubb said after a Eurogroup meeting in Brussels.

© REUTERS / Alkis Konstantinidis
We Can Reach Agreement Tonight If All Parties Really Want It - Tsipras
Greece, with its overall debt estimated at some $350 billion, is struggling to repay the $270 billion it owes to its major international creditors, including the International Monetary Fund (IMF), the European Central Bank and eurozone countries.

On Thursday, Athens proposed to its lenders a plan of economic reforms that the country is ready to implement for more loans.

On Saturday, the Greek Parliament voted to back the new reform proposals.

Earlier on Sunday, Stubb characterized Athens’ proposals to the eurozone as insufficient and unclear.