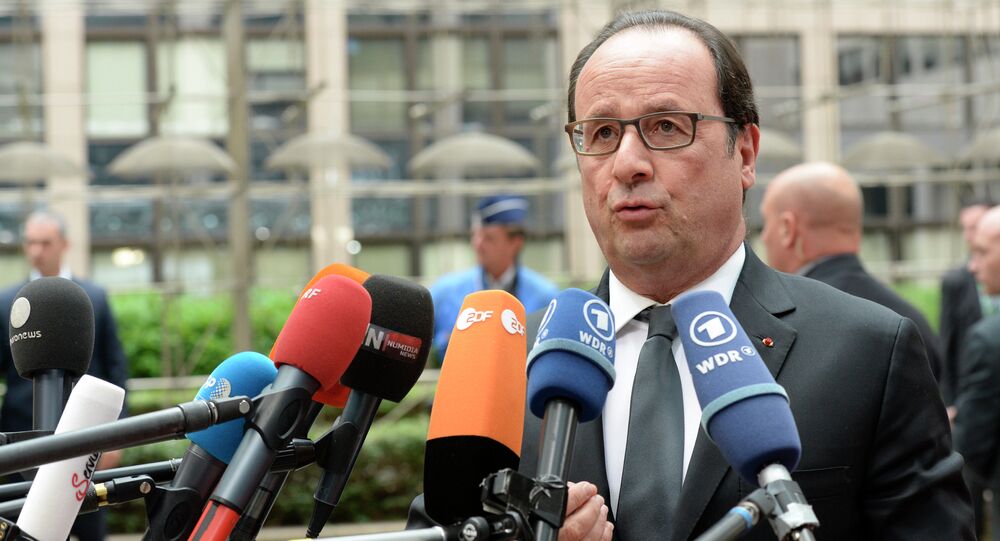 French President Francois Hollande made a statement concerning his views on Greece leaving the Eurozone.

The news comes a day after German media reported that the country's Finance Ministry was considering two possible scenarios to resolve the Athens debt crisis: either Greece improves its reforms proposals or the talks begin on the country’s five-year exit from the eurozone.

© AFP 2021 / JEAN-CHRISTOPHE VERHAEGEN
Greek Economic Crisis Talks 'Extremely Difficult' - Merkel
The eurozone leaders convened on Sunday in Brussels to discuss the Greek economic crisis. Simultaneously, a meeting of the eurozone finance ministers is taking place in the city. The Eurogroup is trying to reach an agreement on launching talks on Greece’s new bailout.