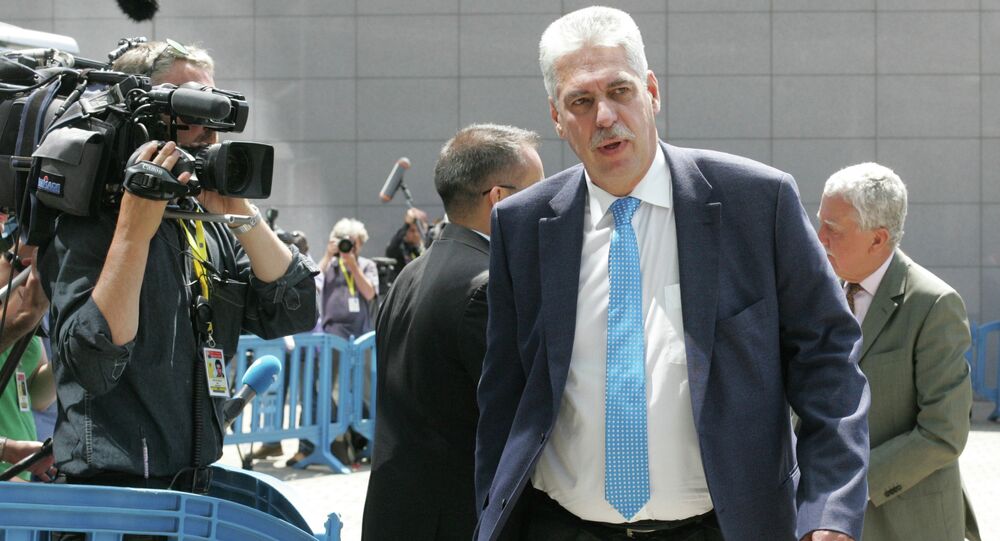 Austrian Finance Minister Hans Joerg Schelling said that the issue of the Greek exit from the eurozone is not under discussion.

"I am always optimistic but it’s a very-very difficult negotiations because there are many points we have not agreed in between the Eurogroup and in between with Greece," Schelling said after arriving to the finance ministers meeting in Brussels.

The issue of the Greek exit from the eurozone is not under discussion, he added.

On Thursday, Greece submitted the new reform proposal, needed to secure a third bailout package from its international creditors.

Greece owes about $270 billion to the International Monetary Fund, the European Central Bank and eurozone nations.