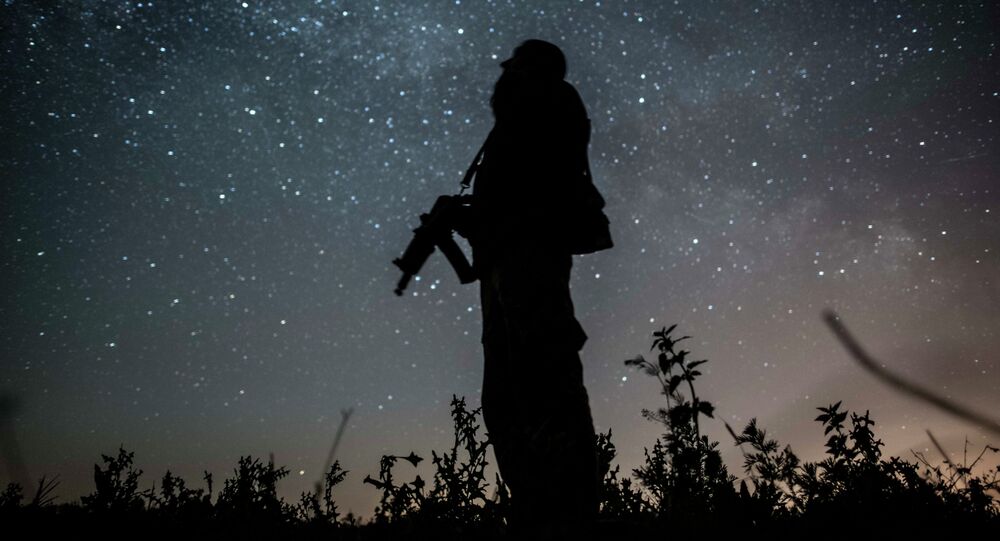 Ukraine is set to form a Crimean Tatar battalion and name it “Crimea”; it will be the first volunteer Muslim unit in its Armed Forces, and directly subordinate to the Chief of Staff.

Ukraine is set to grant legal status to its volunteer battalion, “Crimea”, and allot it to the country’s Armed Forces, according to the news website Crimea.Realities, a project of the US government funded media outlet Radio Free Europe/Radio Liberty targeted at providing its coverage of news related to Crimea.

“The general decision has already been set, per word. We have agreed that the unit will be in direct subordination to the Chief of Staff,” the website quotes the volunteer battalion's commander, Issah Akayev, as saying.

The unit will be formed on a contractual basis, the commander added.

The Crimean Tatars will form the basis of the battalion, which will have up to 1,000 servicemen. Currently approximately 50 volunteers are ready to enlist.

© Sputnik / Andrei Stenin
Ukraine's Ultra-Nationalist Battalion in Talks to Form Regular Army Unit
The “Crimea” battalion will be the first Muslim unit within the Ukrainian Armed Forces; Akayev, however, added that servicemen of other confessions are also welcome.

He added that in 2-3 months, the unit will be sent into the so-called “zone of Anti-terrorist operation”. This is how the country’s military refers to the military conflict in the country's southeast.