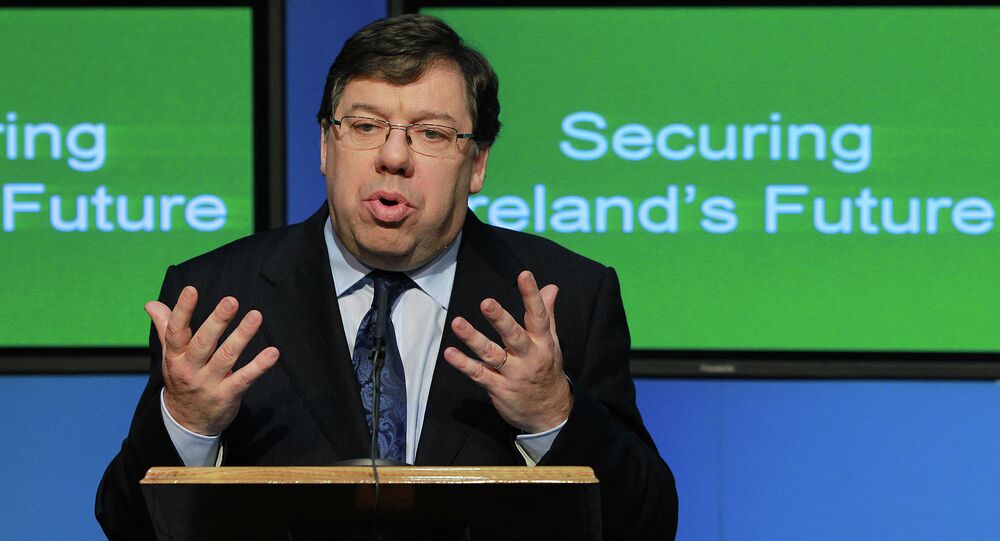 Brian Cowen, former Taoiseach and Minister for Finance is facing a grilling from members of the Irish Parliament over his knowledge of hidden loans affair that led to a string of resignations and the nationalization of the Anglo Irish Bank.

The crisis began during the 1995–2006 so-called 'Celtic Tiger' period of growth, during which Ireland enjoyed a huge boom fueled by foreign direct investment. However, it created a property price bubble that rendered the real economy uncompetitive.

Irish banks had borrowed on the corporate and international money markets and – in turn – lent heavily to Irish real-estate developers as well as the Irish public, who relentlessly bought and sold property from each other pushing up property prices.

"simply not true" Brian Cowen on the charge he was beholden to property interests. #bankinginquiry So explain this? pic.twitter.com/MT3Popas6b

The global financial crash of 2007-8 led to a massive liquidity problem: the Irish banks had no cash to honor withdrawal requests or to offer new loans. That caused property prices to plummet leaving the banks having lent money against now catastrophically devalued assets.

Despite heavy state intervention from 2008 onward, the banking crisis led to the nationalization of the Anglo Irish Bank, as well as the recapitalization of Allied Irish Bank and the Bank of Ireland. It also led to the resignation of the financial regulator over a perceived weakness in dealing with the banks and was described as "one of the most expensive banking crises in world history" by Central Bank Governor, Patrick Honohan.

© Photo : EU official website
How Did Ireland, Spain and Portugal Emerge From Their Economic Crises?

The crisis was finally triggered by the admission by Seán FitzPatrick, the chairman of Anglo Irish Bank, that he had hidden a total of €87 million in loans from the bank. FitzPatrick resigned, followed by the bank's non-executive director Lar Bradshaw and chief executive David Drumm.

Questions for the Man in Charge

However, Brian Cowan, who was minister of finance from 2004 to 2008 and Taoiseach from 2008 to 2011, is facing questions over how much he knew of the lax banking system and why he did not exercise firmer control ahead of the crash.

Chairman of the committee investigating the affair, Ciaran Lynch, said: "We will focus on Mr Cowen’s tenure as Taoiseach, from his appointment in May 2008 until January 2009, encompassing the bank guarantee and the nationalization of Anglo Irish Bank.

"Among the lines of inquiry the Committee will address with Mr Cowen in the coming meetings are: inter-departmental contact and the Memorandum of Understandings with other EU states on the issue of banking."

Greece Has to Rescue Itself – Ex Central Bank Chief