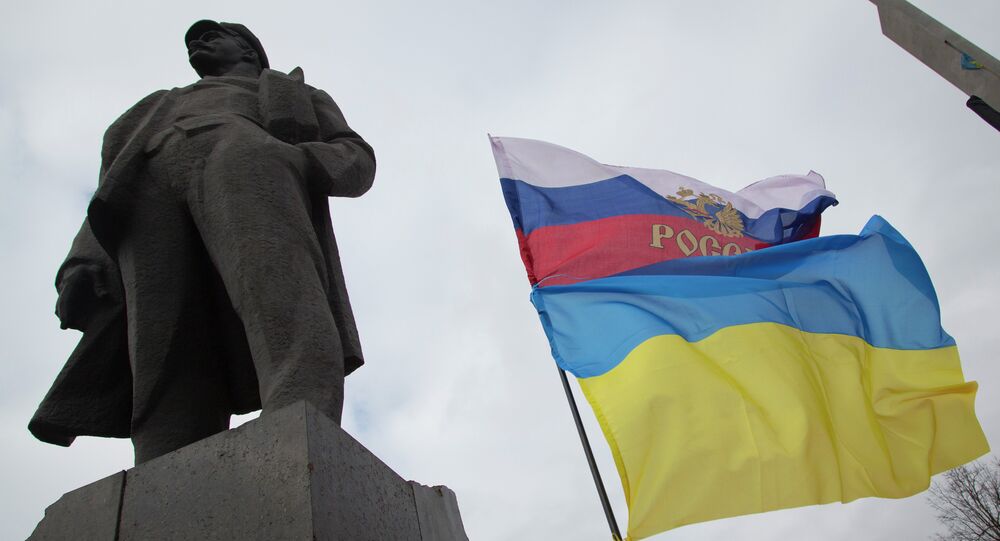 In the dead of the night, alleged Russian flags appeared in the streets of Kiev alongside Ukrainian ones, causing much uproar on social media.

“They are hanging up the flags of Ukraine and Bulgaria in central Kiev. But I have looked at them and have a question – is it really the Bulgarian flag? ”Ukraine’s Radical Party member Dmytro Linko asked in a Facebook post.

Ukraine was preparing to welcome Bulgarian President Rosen Plevneliev, expected to arrive in Kiev on Tuesday for talks with the Verkhovna Rada chairman.

While some social media users referred to this fact as a reason for confusing the flags, others considered it a provocation and even treason.

Several users started debating whether the flag was indeed Bulgarian but looked like the Russian one in darkness.

In response, a user recalled the famous story about “the blue-white-golden-black dress” whose exact colors could not be defined.

that moment when visiting Swiss president tells Ukraine President he put up the Danish rather than Swiss flag pic.twitter.com/YinyQFnynU