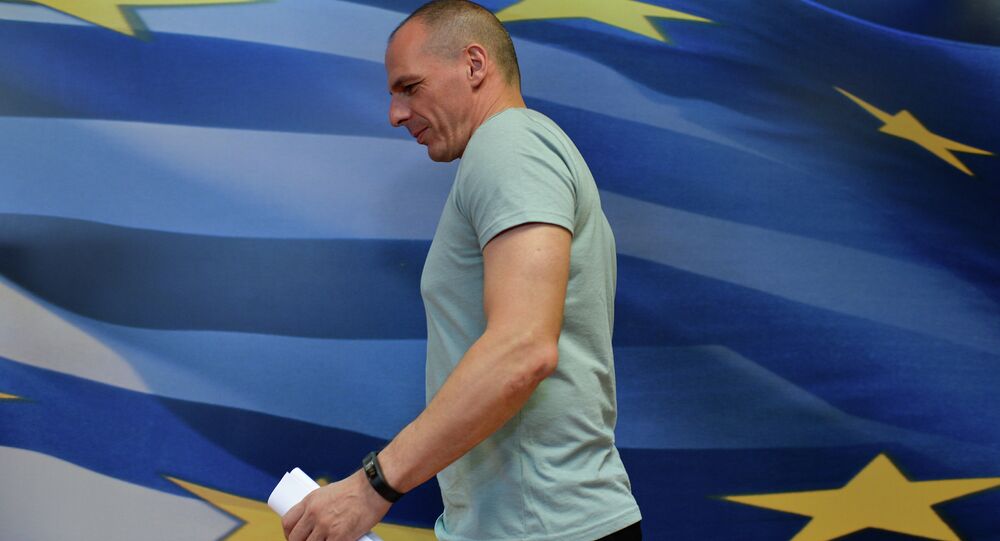 Finance Minister Yanis Varoufakis stepped down a day after Greeks rejected the proposed austerity measures. He said he was "made aware", after the results were announced, of some Eurogroup officials' "preference" of his absence from their meetings, which could help Alexis Tsipras reach an agreement.

"Soon after the announcement of the referendum results, I was made aware of a certain preference by some Eurogroup participants, and assorted ‘partners', for my… ‘absence' from its meetings; an idea that the Prime Minister judged to be potentially helpful to him in reaching an agreement. For this reason I am leaving the Ministry of Finance today", Yanis Varoufakis said on his website.

"I consider it my duty to help Alexis Tsipras exploit, as he sees fit, the capital that the Greek people granted us through yesterday's referendum," the statement reads.

"And I shall wear the creditors' loathing with pride."

© REUTERS / Marko Djurica
Over 61% of Greeks Say 'No' in Bailout Referendum With 100% Votes Counted
On Sunday, more than 61 percent of Greeks voted against the proposed austerity measures in a nationwide referendum. Nearly 39 percent voted in favor. Varoufakis said that plebiscite would "stay in history as a unique moment when a small European nation rose up against debt-bondage".

While the Greek government has stated the referendum was a triumph of democracy, Eurogroup President Jeroen Dijsselbloem said Monday that the results of the vote were "regrettable" and pessimistic for the country’s future.

Varoufakis previously said he would resign if Greece’s referendum on the creditors’ bailout plan resulted in a "Yes" vote.

© REUTERS / Marko Djurica
Street Protests Erupt in Athens in Wake of Bailout Vote
The ex-minister underscored that it was "essential that the great capital bestowed upon our government by the splendid NO vote be invested immediately into a YES to a proper resolution — to an agreement that involves debt restructuring, less austerity, redistribution in favor of the needy, and real reforms."

The referendum was preceded by several rounds of talks between Athens and its major international creditors on Greece's debt settlement before the previous bailout program expiry on June 30, which resulted in no agreement.

The Eurozone finance ministers have proposed spending cuts and tax increases in exchange for further financial assistance to Greece.

Today we celebrate the victory of #democracy. Tomorrow, we will all continue our national effort to reach an agreement. #Greece

Greeks Say 'No' to Deal With Creditors