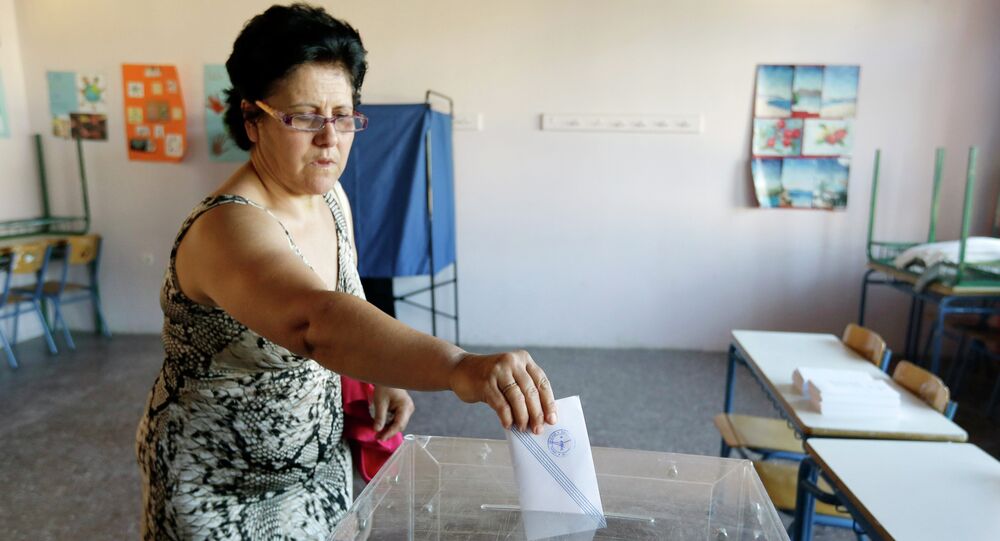 The voter turnout at the Sunday referendum in Greece is higher than at the parliamentary elections that took place in January, heads of several polling stations told RIA Novosti.

“In January, 220 people have voted by this hour,” the head of the third polling station told RIA Novosti.

Opinion polls released earlier on Sunday suggest that the majority of Greeks voted against the lenders-proposed bailout plan. The “No” vote is believed to be leading with a margin of 4-8 percent.

© AP Photo / Giannis Papanikos
'No' Vote at Greferendum Leading With Margin of 4-8% - Opinion Poll
A source in Syriza party told RIA Novosti earlier that no official exit poll is being held because the country lacks relevant experience. The previous referendum in Greece took place in December 1974.

Greece is one of the countries hit worst by the 2008-2009 financial crisis. The country’s overall debt stands at about $350 billion, of which $270 billion is owed to the European Central Bank (ECB), the International Monetary Fund (IMF) and some Eurozone countries.

On Sunday, Greeks took to the polls to vote on whether the country should accept the creditors' bailout plan that presupposes more austerity reforms in exchange for additional financial aid.