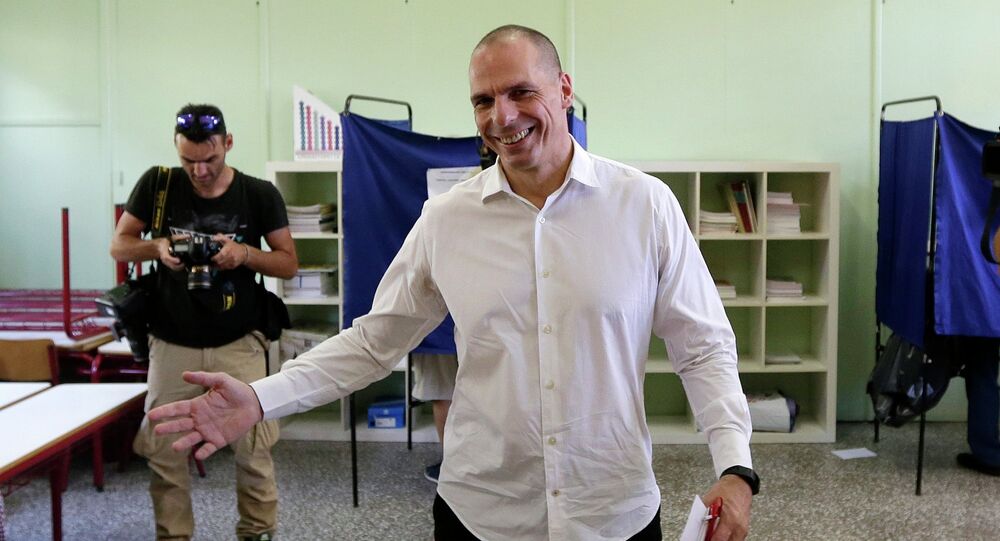 ATHENS (Sputnik) — On Sunday, Greek voters are taking part in a referendum to determine whether Athens should accept the lenders-proposed bailout plan that envisages serious spending cuts and tax increases.

"After five years of misfortunes and losses, Greek people now have an opportunity to decide on the last ultimatum by the Eurogroup and its partners. It is a holy moment… this moment gives Europe hope that the single currency and democracy can live together," Varoufakis told reporters after having voted in the referendum.

© AP Photo / Giannis Papanikos
'Nai' or 'Oxi'? Voting Ends in Greece's Bailout Referendum
Varoufakis repeatedly stated that he himself supports the "No" vote which, he believes, will help Greece secure a better deal in future negotiations with the lenders.

EU officials, including Eurogroup President Jeroen Dijsselbloem, said that the "No" vote would be interpreted as a step toward the exit from the Eurozone.