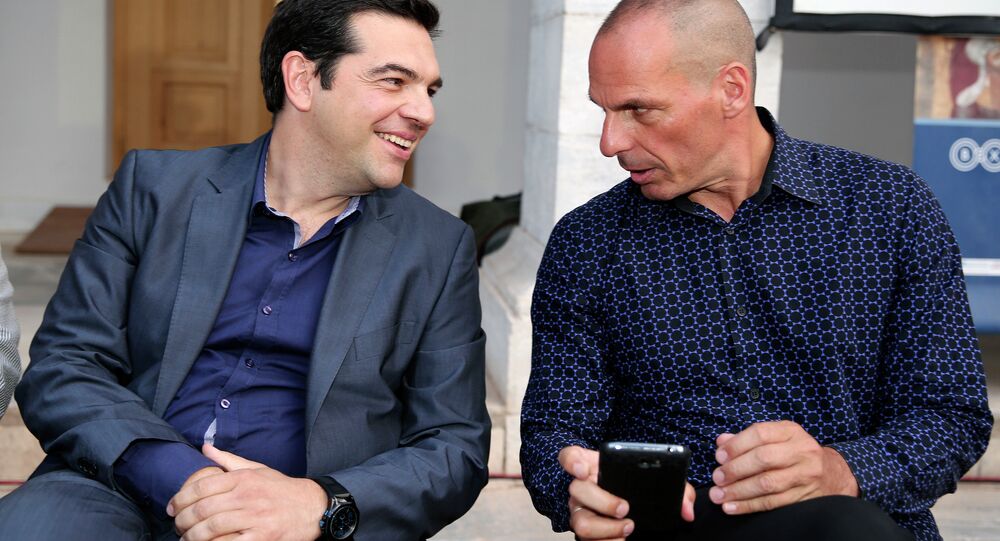 While the Greek debt crisis has played out with a series of confrontational face-to-face meetings and tense negotiations between Alexis Tsipras’ government and Greece’s creditors, both sides have also turned to the social media battlefield to directly spread messages and try to win over the public.

Just as we have witnessed passionate press conferences from Alexis Tsipras and EC chief Jean Claude Juncker calling on people to support them through the impasse, we have also seen a barrage of rhetoric across social media, with a series of allegations and counter-claims providing viewers with an almost sport-like commentary of the action.

Tsipras and Varoufakis Leading the Charge

Among the most active and arguably effective social media merchants has been Greece's double act – Prime Minister Tsipras and finance minister Yanis Varoufakis.

For months the pair have been active on Twitter, communicating their point of view on negotiations and even providing direct updates on the current state of play.

Reaching an agreement was not the goal but rather for us to give up our political dignity. #Greece #vouli #referendum pic.twitter.com/1IdQ5j5DNf

​Tsipras, in particular, has used the medium – for which he has a Greek and English language account – to stir up support and draw the ire of those unhappy with the creditors’ proposals for more austerity measures.

He has announced major decisions such as Sunday’s referendum through Twitter and provided ongoing commentary of the situation as it stands.

For us, our future generations, our history. For #Greece’s sovereignty & dignity. http://t.co/3N9j6wNVvG #referendum pic.twitter.com/oFuOq36Ycd

​Not be outdone, Greece's smooth-talking, motorbike-riding finance minister Yanis Varoufakis has also taken to Twitter to put forward his point of view, while trying to dispel some of what he perceives to be the media myths and lies surrounding negotiations.

Democracy deserved a boost in euro-related matters. We just delivered it. Let the people decide. (Funny how radical this concept sounds!)

The method employed by the Greeks seems to have been an effective way to connect with the audience, as their messages routinely receive significant retweets and attention in online media outlets.

Live Updates: Euro Leaders Put in Their Own Two Cents

Perhaps concerned that Athens was having an unprecedented run of the online agenda, European Commission chief Jean-Claude Juncker has also joined the fray, posting regular tweets about the situation, while trying to reinforce what he believes are important European values.

He has been joined by Finnish finance minister Alexander Stubb, who has perhaps been the most prolific tweeter throughout the crisis, providing social media followers with a series of updates on Eurozone meetings and happenings, while often throwing in some commentary about how viable certain proposals may be.

Once again #Twitter proves to be an important source of up-to-date information for those following issues linked to #Greece and the #Euro.

This has led to many key officials bypassing journalists in trying to get their messages across, with Slovakia’s Eurogroup representative Peter Kazimir also regularly providing media workers and the general public alike with his two cents’ worth on proceedings.

As speculation increases about a potential cancellation to Sunday’s historic referendum, Alexis Tsipras once again took to Twitter this afternoon to call on Greeks to unite and vote against the creditors' austerity proposals.

We owe it to our parents, our children, ourselves. It is our duty. We owe it to history. #Greece #Greferendum #dimopsifisma #OXI

If Tsipras can convince his countrymen to side with him on Sunday and subsequently score a better deal for Greece with its creditors, it may well be seen as a victory for not only the Syriza leader's political negotiation, but also his social media skills.

Greeks Gather in 'Yes' Rally Ahead Of Bailout Referendum