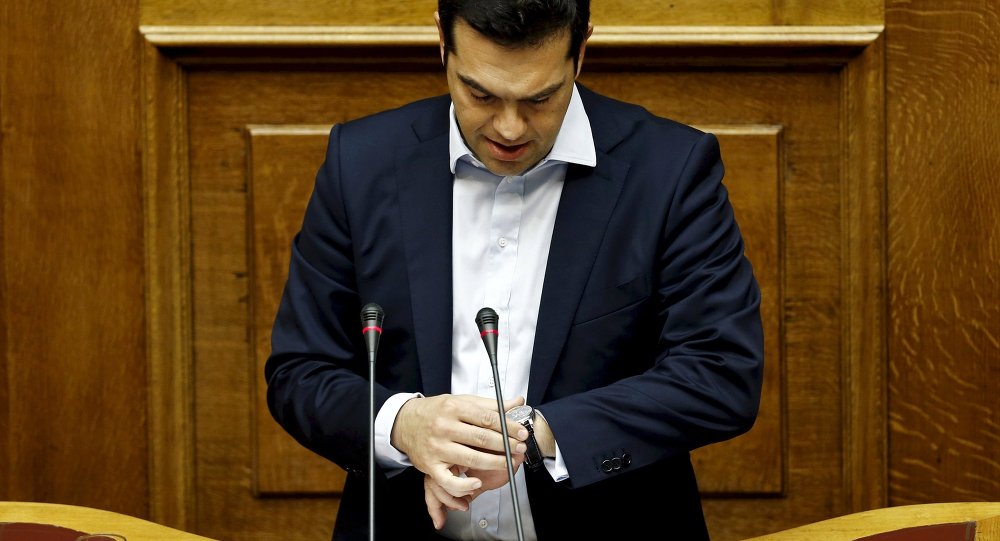 Greek government is ready to resign if the country's population supports the creditor’s ultimatum in the upcoming referendum.

ATHENS (Sputnik) — Greek government is ready to resign if the country's population supports the creditor’s ultimatum demanding to continue the austerity policy in the country in the upcoming referendum, Prime Minister Alexis Tsipras said.

On Saturday, Tsipras announced that a snap referendum on whether to accept a bailout proposal by Greece’s creditors in exchange for unpopular austerity measures would take place on July 5.

"If the nation wants poverty, which will not allow us to raise the head, we will respect the choice, but will not execute it," the prime minister said in an interview with Greek ERT television on Monday. 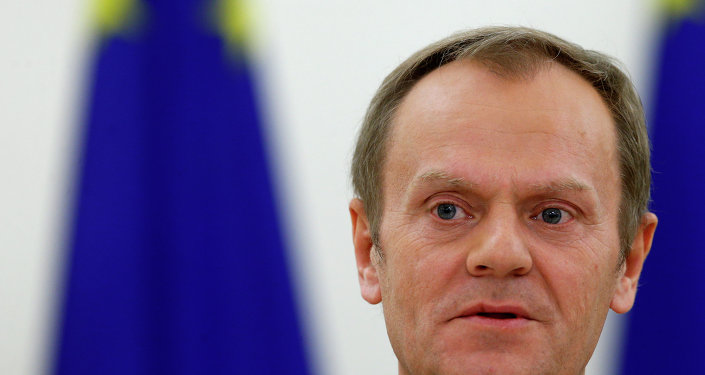 © AP Photo / Mindaugas Kulbis
EC President: Referendum Unable to Strengthen Athens' Negotiating Position
He added that if Greek people want "insulted and humiliated" prime minister, they will have to elect someone else.

Tsipras backs a 'No' vote in next Sunday's referendum and argues that a rejection of international creditors' proposal by the public would better arm Athens in future possible talks to unlock the next bailout package.

In return for the financial aid, the creditors — the International Monetary Fund (IMF), the European Union and the European Central Bank (ECB) — stipulated that Greece should fulfil certain demands, including austerity measures and cuts in social benefits, continuous monitoring of the Greek economy by the lenders and unpopular economic reforms.