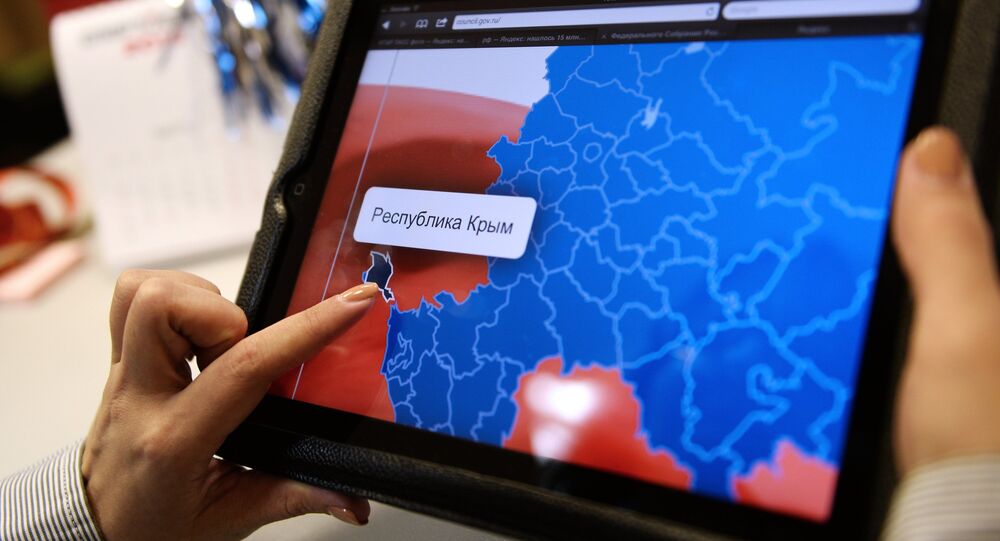 Alternatives Foundation presented in Madrid a report entitled "A more European Russia for a more Secure Europe." Elaborated by 17 experts, the paper contains proposals for a new EU strategy towards Russia.

One of the main conclusions of the study is a proposal to separate Crimean reunification from the conflict in Ukraine’s southeast "because if this will not be done, there will be no solution [to the Ukrainian crisis]," Sartorius said.

© Sputnik / Taras Litvinenko
Sevastopol Governor Claims Crimean Businesses Have No Fear of Sanctions
According to Sartorius, the issue of Ukraine’s membership in NATO should be absent from the agenda and measures should be taken to combat corruption in Ukraine.

The report, which will be sent to relevant Spanish and EU institutions for study, calls to lift anti-Russian sanctions as soon as the February Minsk agreements will be fulfilled.

During the presentation of the report, Sartorius said that the sanctions against a "great power such as Russia are hurting us [the European Union] too."

© Sputnik / Andrey Iglov
Western Sanctions Will Not Return Crimea to Ukraine - German Lawmaker
In 2014, relations between Moscow and Brussels deteriorated after Crimea’s reunification with Russia, a move branded by both Kiev and the West as "illegal annexation" despite an overwhelming majority in a popular vote to secede. Western states also accused Moscow of fueling the conflict in Ukraine's southeast, a claim Moscow has denied.

Russia has taken an active part in efforts to settle the crisis in Ukraine. In mid-February, the leaders of Russia, Ukraine, France and Germany elaborated a set of agreements to facilitate Ukrainian reconciliation. Despite signing the Minsk deal, both Kiev forces and Donbas militias continue to accuse each other of breaking the truce.

Republic of Crimea to Own Gas Pipeline From Krasnodar Region