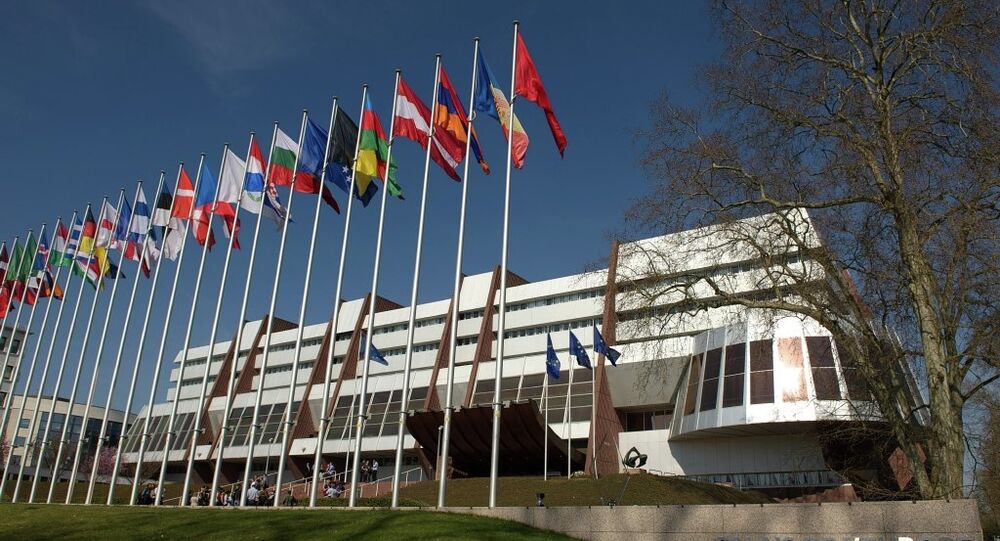 Cyprus lawmaker said that resolution of the Parliamentary Assembly of the Council of Europe on Russian credentials adopted earlier on Wednesday is unbalanced.

© Sputnik / Mikhail Palinchak
Governments Must Keep Their Secret Services on Leash – Head of PACE
STRASBOURG (Sputnik), Daria Chernyshova – The resolution of the Parliamentary Assembly of the Council of Europe (PACE) on Russian credentials adopted earlier on Wednesday is unbalanced, a Cyprus lawmaker told Sputnik, adding that stripping the Russian delegation of its voting rights is counterproductive.

Earlier in the day, EU lawmakers adopted a resolution to not annul Russia's credentials. The resolution notes, however, that the sanctions regarding the ban on Russian delegation's voting rights are currently in place.

"That was not a balanced resolution. They are putting things against Russia all the time, " George Loukaides said, adding that he strongly disagrees with the provisions regarding sanctions against the Russian delegation's voting rights in the assembly.

"But the positive thing is that there was no annulment of the credentials, because there are voices in favor of such decision, " the lawmaker stressed.

The Assembly first stripped Russia of its voting rights in April 2014 over its alleged involvement in the Ukrainian crisis. Moscow has firmly denied the claim and stated it would refrain from participation in PACE sessions.

The EU lawmakers voted in January 2015 to prolong the restrictions on Russia's voting rights, citing the lack of improvement in Ukraine crisis, prompting Russia to stay out of the PACE sessions until 2016.