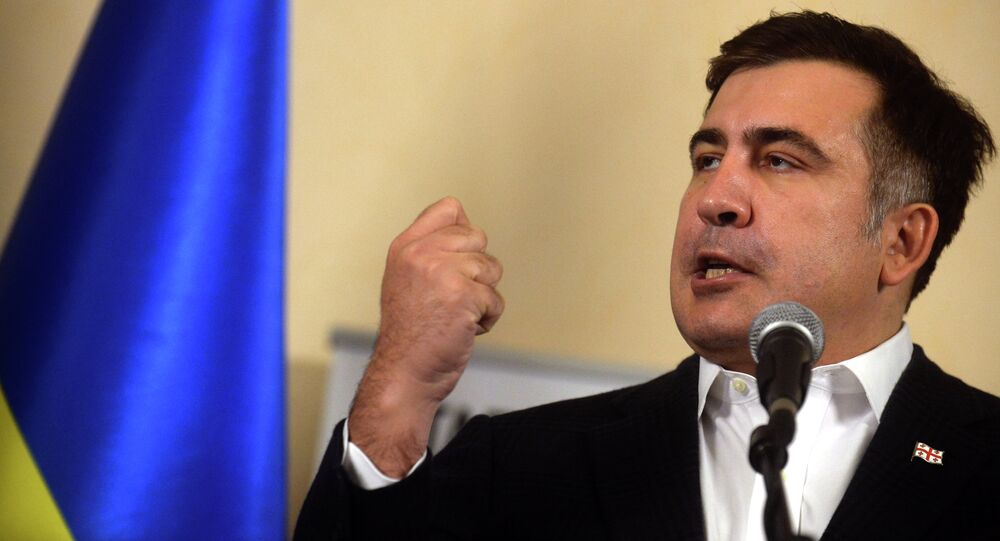 It looks like Ukrainian politics doesn't work without the "Russian threat" card: the Odessa Region's new governor Mikheil Saaksshvili now claims that the Kremlin is working on another project, "Bessarabia"; without providing any palatable details, the governor only claimed that it is going to be implemented in the Odessa Region.

Odessa Region governor Mikheil Saaksshvili has come up with another scare tactic involving Russia: the Kremlin, he claims, is now working on yet another project, “Bessarabia”, which it intends to implement in the Odessa Region.

“I am ashamed to acknowledge but it's Vladimir Putin who has recently thought more about Ukrainian Bessarabia than our own government,” the Ukrainian media quoted him as saying on Monday.

“They [the Kremlin] have the 'Bessarabia' project. They [the Kremlin] are preparing to do something there. The majority of the population in Bessarabia only watch Russian [TV] channels,” those were the only details revealed by Saakashvili.

Saakashvili noted the importance of this territory, stressing that it is the location of a strategic road from Ukraine to Romania and the European Union.

The governor, however, expressed concern that the residents of the area only see Ukraine in a negative light.

“They [the residents] are now isolated… And they perceive Ukraine only as greedy bureaucrats and horrific roads which nobody has repaired for a long while…as the prosecutor of the Odessa Region, who is blocking ferriage across the Danube, which is for them a source of income…as the judge of the Izmailsky district, who forbid the farmers from obtaining their harvest..,” the politician said somewhat incoherently.

Bessarabia is a geographic region in Eastern Europe which is currently divided between the countries of Moldova and Ukraine. Ukraine controls the narrow strip of land along the Black Sea which separates the body of water from Moldova and connects the rest of Ukraine with Romania.

The area was ceded to Imperial Russia in the aftermath of the Russo-Turkish War of 1806-1812; it was later reclaimed by the Soviet Union after the Second World War and divided between two of its republics – Moldavia and Ukraine.

After the collapse of the Soviet Union in 1991, the two republics, which became independent states, preserved the existed partition of the territory.

Loose Cannon Policy: Saakashvili and His School of Governance