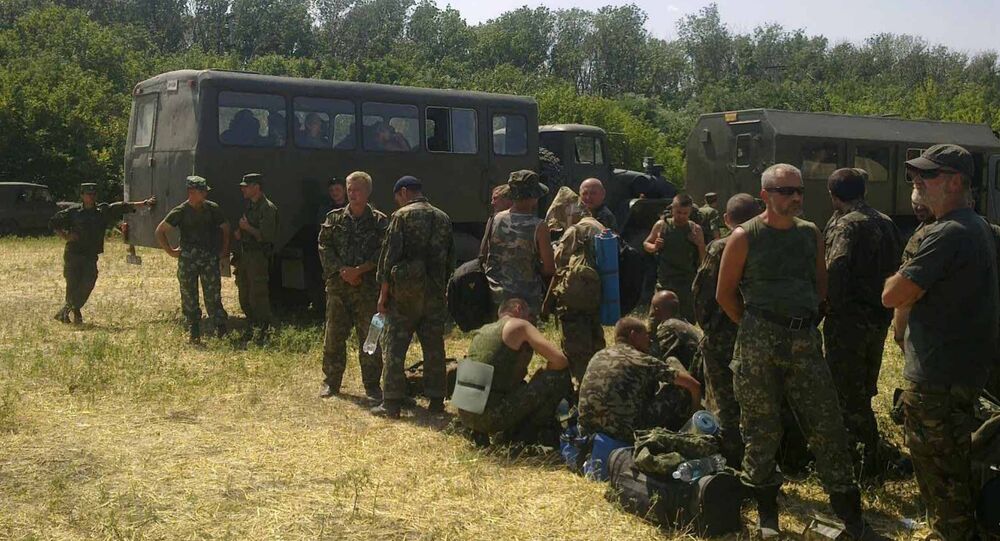 Desertion galore: Ukrainian men understand the absurdity of the war their government is waging.

© AP Photo / Evgeniy Maloletka
Epilepsy? Tuberculosis? Doesn't Matter, You're in Ukrainian Army Now!
More than 10,000 cases of desertion have been registered in the Ukrainian Army since the outbreak of the Donbass war in April 2014, Ukrainian Vesti reported.

In 2014 the army suffered heavy desertion and nearly 30 percent of the servicemen called up in the first wave of mobilization (March 17) abandoned their positions, Ukrainian President Petro Poroshenko said.

© Sputnik / Sergey Pivovarov
Some 1.3 Million Ukrainian Draftees Reside in Russia - Russian Official
Ukrainians have been protesting against the mobilization. They travel to work abroad or simply reside at their relatives' in other countries. Almost 1,3 million Ukrainian draftees live in Russia.

Since April 7, 2014 the Kiev authorities have been waging war against Donbass self-defense forces who rejected the legitimacy of the coup-imposed Ukrainian government and declared the independent republics of Donetsk and Lugansk.

Official figures estimate the number of victims to near 6,500. But the German intelligence reported of 50,000 victims in February 2015.