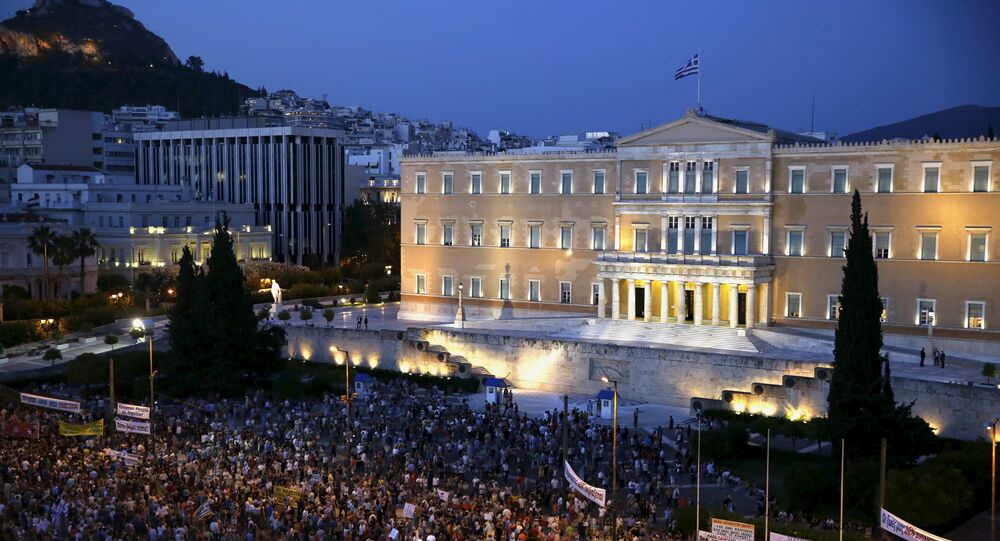 For the Sake of Europe: Entire Eurozone Hinges on Greek Debt Deal

Athens and its three main creditors - the European Commission, the European Central Bank and the International Monetary Fund are attempting to reach a new agreement on Greece's debt before the expiry of its current bailout program on June 30.

"A solution is badly needed. First, for Greece, for the Greek people, but also for the sake of this important project, this major political project that is the euro," Moscovici said ahead of the Eurogroup meeting.

The commissioner added that the sides need to reach an agreement on a comprehensive set of reforms that would be "ambitious, realistic and financially sustainable," adding that the solution is not only possible, but absolutely necessary.

Greece is undergoing a deep economic crisis. Its overall state debt stands at $350 billion, of which $270 billion is owed to three of its major international creditors.

The terms of Athens' debt relief is on the agenda of Thursday's Eurogroup meeting in Luxembourg, where Greece is being represented by its finance minister, Yanis Varoufakis.

Protesters Gather for Anti-Austerity Rallies in Greece Prior to Bailout