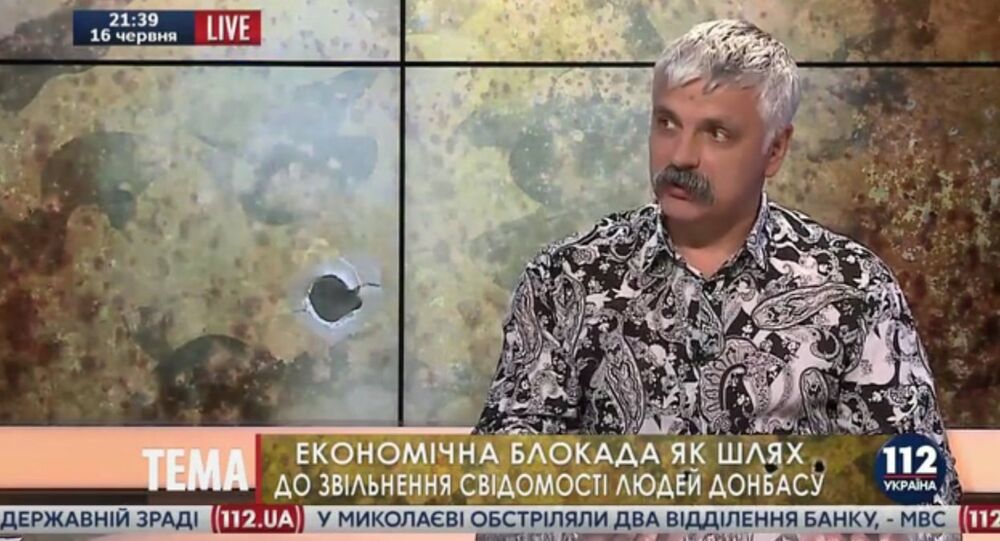 Ukrainian nationalist and leader of the Ukrainian Bratstvo (Brotherhood) party Dmytro Korchyncky has urged to apply the method the US used during the Second World War in Donbass, i.e.: bomb residential areas and create concentration camps for the residents of the self-proclaimed republics of Lugansk and Donetsk.

“US citizens of Japanese origin,” he specified. “Because they were potentially dangerous.”

Calling the Americans the teachers of the Ukrainians, Korchynsky also noted that the US “preserved democratic norms” and a "high level of humanism” while launching a nuclear strike on Japan and bombing German cities.

© REUTERS / Alexander Ermochenko
Kiev to Inform UN of Its 'Freedom' to Ignore Human Rights in Donbass
The politician added that a majority of German houses had been destroyed by the Anglo-American aviation thanks to the doctrine “to specially bomb residential districts to undermine the moral spirit of German soldiers who fought on the front.”

“Ukraine needs a broader level of freedom. We do not have enough freedom, we need more freedom,” he said. “But in the front zone and in the occupied territories we should act absolutely as the Americans. It is the only possible way of communicating with the moskals [an ethnic slur referring to the Russians or ethnic Russians living in Ukraine].”