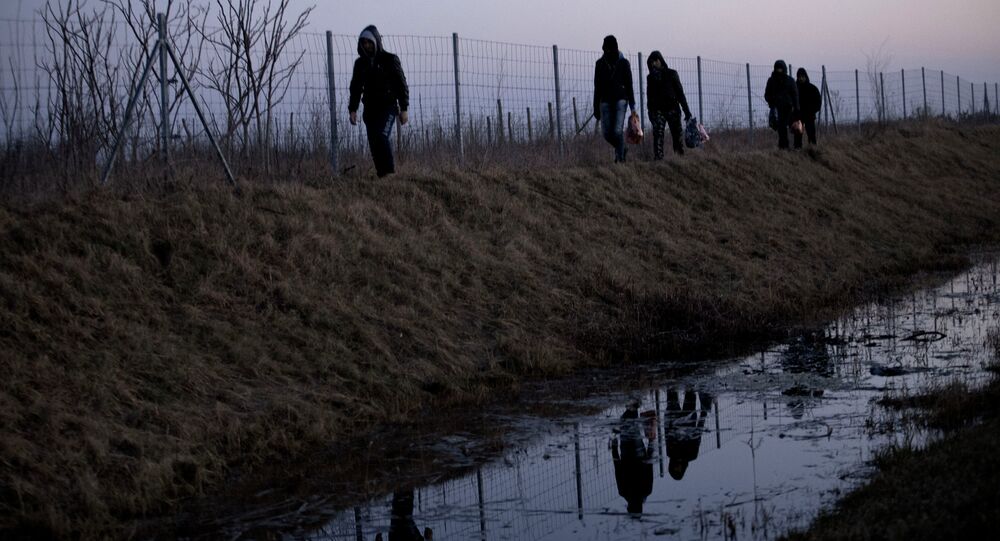 Hungarian Foreign Minister Peter Szijjarto said that Hungary will build a 13-foot-high fence along its border with Serbia to stop migrants from entering the country.

According to Szijjarto, quoted by the Hungarian government's website, the Interior Ministry was instructed to finish preparatory work for the fence by June 24.

© AFP 2021 / ATTILA KISBENEDEK
Hungary is Full: Budapest Hopes to Close Border to Illegal Migrants
The foreign minister said that the 13-foot-high fence, to be constructed along the 109-mile border with Serbia, does not break international treaties as similar measures have been taken on the Greek-Turkish and Bulgarian-Turkish borders. There are also fences in the Spanish territories in North Africa to prevent undocumented immigration.

Thousands of migrants are coming to Europe as they flee violence in their home countries in North Africa and the Middle East.

Hungarian Prime Minister's Office chief Janos Lazar said last week the number this year would be higher since about 54,000 migrants are currently estimated to have in Hungary since January.