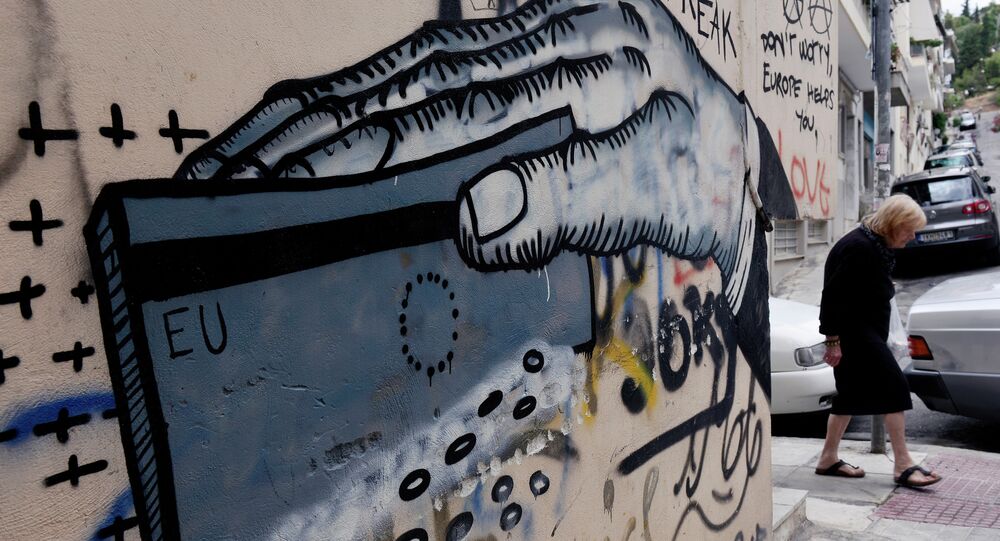 Greek Finance Minister Yanis Varoufakis said that Greece's exit from the eurozone would not be a sensible way out of the country's debt crisis, but it is impossible to exclude any scenario.

“Greece is in the state of crisis, it seems that it is a failed state… But with a reasonable unity with the creditors we only need a few months to turn around. After this we’re not going to be a problem for the rest of Europe,” Varoufakis told German Bild tabloid.

“I rule out Greece’s exit from the eurozone as a rational decision… But nobody can exclude everything, I cannot rule out a comet colliding with the Earth,” the minister stated.

Varoufakis added that an agreement between Greece and creditors is possible if creditors compromise with Athens by binding debt payments to Greek economic indicators and payment deadline extensions.

© AP Photo / Thanassis Stavrakis, File
Grexit to Cost the World One Trillion Euros in Losses
Yanis Varoufakis is due to take part in a Thursday meeting of eurozone finance ministers in Luxembourg.

According to Varoufakis, Athens does not want any more loans, stating that Germany and other EU states had already given previous Greek governments too much money.

Greece was among the countries particularly hard-hit by the 2008 economic crisis. The country was plunged into a multibillion-dollar debt, having accepted large loans by the European Commission, the European Central Bank and the International Monetary Fund (IMF).

Athens is currently in talks with its creditors to unlock a final package of financial aid before the 2011 bailout program expires on June 30.