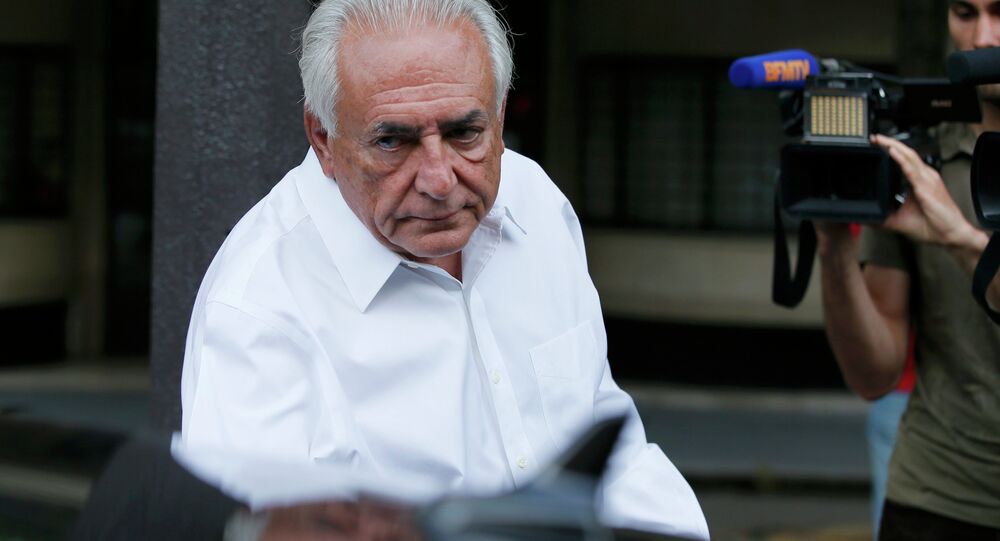 © REUTERS / Pascal Rossignol
Prosecutor Calls Upon Jury To Acquit Strauss-Kahn of Pimping Charges
MOSCOW (Sputnik) — The former IMF chief was facing up to 10 years in prison if the judge in Lille ruled that he, along with other 13 people charged with similar offenses, procured prostitutes for sex parties held in France, Belgium and the United States.

According to Lille prosecutor Frederic Fevre, as quoted by the BBC, the investigation and the court could not establish Strauss-Kahn's guilt.

The ex-IMF official admitted being present at the parties but repeatedly said that he had not known that the women there had been prostitutes.

Strauss-Kahn headed the IMF for four years from 2007, until he left the post in 2011 amid allegations that he had sexually assaulted a hotel maid in New York City.

Prosecutors later dropped the case on the grounds that the physical and character evidence had been inconclusive.

Prosecutor Calls Upon Jury To Acquit Strauss-Kahn of Pimping Charges