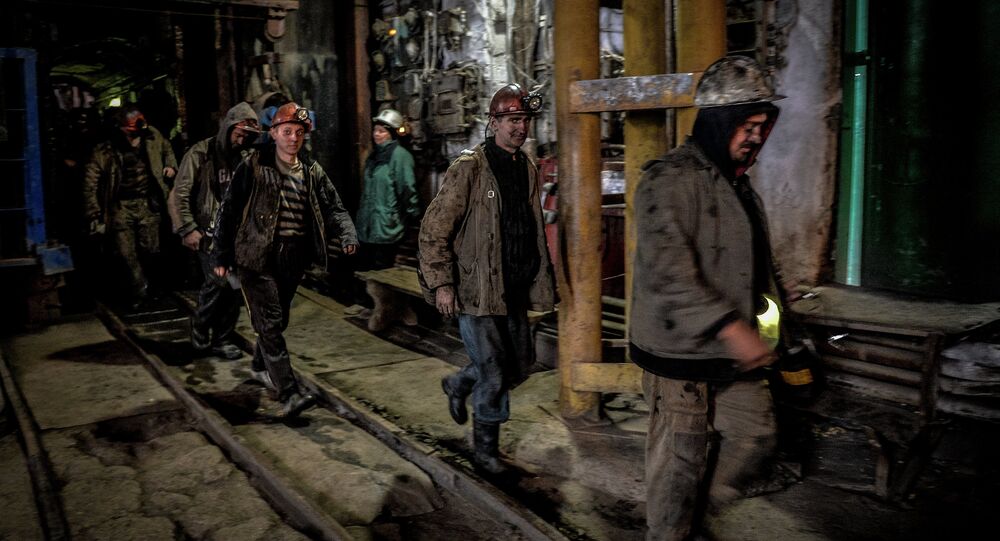 Kiev 'Bans' Crimea and Donbass from Exploiting Their Mineral Wealth

Ukraine's State Service of Geology and Mineral Resources has revoked 422 permits for the use of mineral resources in the territories of the self-proclaimed Donetsk and Lugansk People's Republics, as well as Russia's Crimea.

© Sputnik / Pavel Palamarchuk
Business as Usual: Ukrainian Goods Flooding Into Donbass Despite Blockade
The decision was reached May 19, but only publicized in the media on Wednesday, Ukraine's Dialog.ua reported.

The State Service of Geology and Mineral Resources explained that the permits were revoked in connection with the fact that the enterprises carrying out mining and other operations failed to provide the agency with statistical reports, which according to state law is required every thirty days.

In Crimea, permits were revoked for the wine and cognac maker Bakhchisaray, the Crimean Soda Plant, the Malaklava Mine Group, the nonalcoholic beer plant 'Crimea', the Simferopol International Airport, and the Kerch Metallurgical Complex.

© Sputnik / Alexey Kudenko
All Miners Rescued From East Ukraine Coal Mine After Power Outage
Andrei Pugrin, Ukrainian activist and Chairman of the People's Soviet of the DPR, stated that "sooner or later, the [blockade] will be qualified as a war crime and a crime against humanity, and someone will be held accountable, because this decision contradicts all norms of humanitarian and international law."

Last week, Ukrainian President Petro Poroshenko announced that the blockade will remain in place until Kiev restores control over the border with Russia, noting that "Kiev will not subsidize and assist the murderous militants and help keep them afloat." Poroshenko echoed the comments of Poroshenko Bloc head Yuriy Lutsenko, who called the militia-held Donbass a "cancerous tumor."

All Miners Rescued From East Ukraine Coal Mine After Power Outage