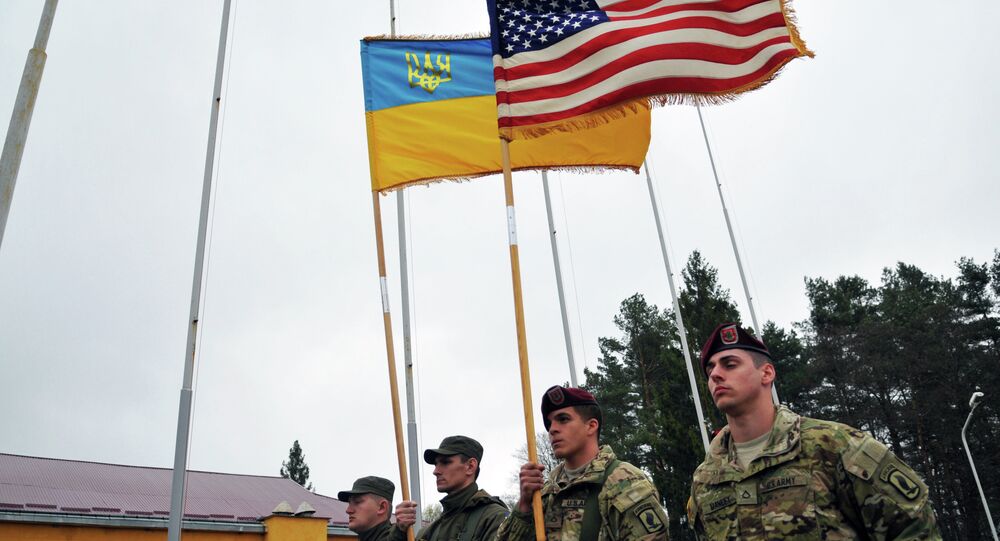 © AP Photo / Sergei Chuzavkov
No Consensus on Ukraine's Joining NATO - Ukrainian Foreign Minister
ROME (Sputnik) – First, there was a "real coup in Ukraine supported by the West," then a pro-US faction came to power in the country, and now "they want to turn Ukraine into a NATO base to start the final attack on Russia," Di Stefano said in a statement obtained by RIA Novosti Tuesday.

The politician underscored that the policy of US President Barack Obama and NATO in Europe is leading to a sharp deterioration in international relations and should immediately be reversed. Di Stefano noted that Obama's recent statements cause grave concerns, as they appear to be aimed at the further militarization of Eastern Europe.

The Italian politician added that NATO has aggravated international relations recently, which is leading to the brink of a new world war.

The M5S member stated that NATO's Noble Jump drills held in April in Poland, with the participation of German and Italian forces, and the recent UK-led Joint Warrior exercises, were recognized by the alliance as the largest naval maneuvers ever conducted by the alliance.

"All this was done to prepare the Trident Juncture 2015 — the biggest military exercises since the fall of the Berlin Wall, which will be held in Italy from September 28 to November 9 involving all NATO forces," Di Stefano said.

NATO has been boosting its military presence, including increased military drills, in Eastern Europe and in the Black Sea since 2014, citing security concerns over Russia's alleged participation in the armed conflict in Ukraine, a claim Moscow has firmly denied.

During the September 2014 NATO summit in Wales, bloc members agreed to boost support to Ukraine.

Russia has repeatedly expressed concerns over NATO's military buildup along its western borders, warning that the bloc's expansion undermines regional and global security.