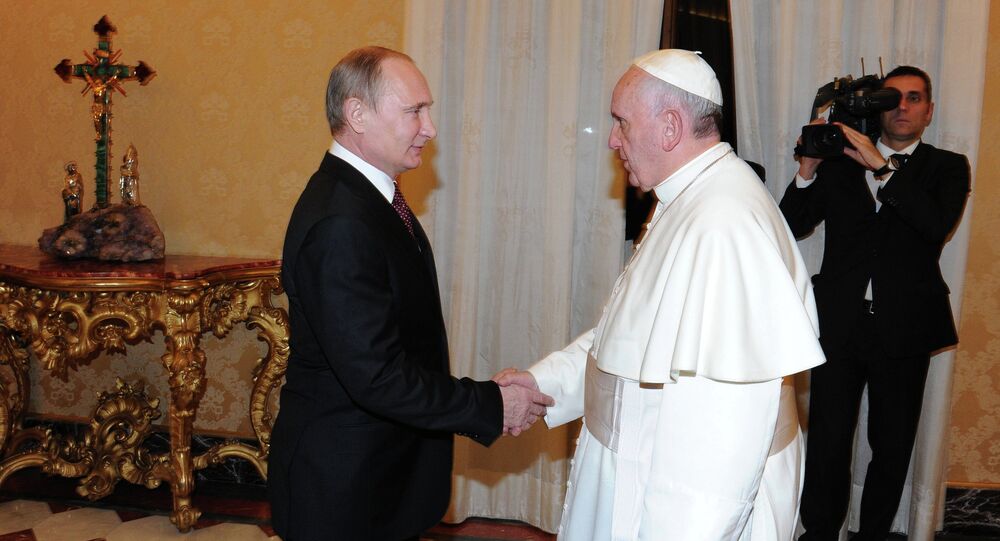 President Vladimir Putin’s upcoming meeting with Pope Francis could signal the start of “unprecedented fence-mending” between Russia and the West and could contribute to the settlement of the conflict in eastern Ukraine, French media reported on Friday.

The Pontiff’s engaging personality and political activity has won the Vatican’s diplomacy an internationally respected status it never enjoyed before, the paper added.

The Ukrainian crisis will take center stage during the Pope’s upcoming meeting in the Vatican with the visiting Russian leader.

The Holy See encouraged the Eastern Catholics to “make peace” with their Orthodox fellow Christians, denounced the ongoing violence in Ukraine and remains a good friend of Russia, Le Figaro wrote in a comment Friday.

During their meeting Wednesday Vladimir Putin and Pope Francis will also discuss ways to end the protracted crises in Syria and elsewhere in the Middle East.

“The Vatican diplomacy realizes that without Russia this will hardly be possible,” the paper emphasized.