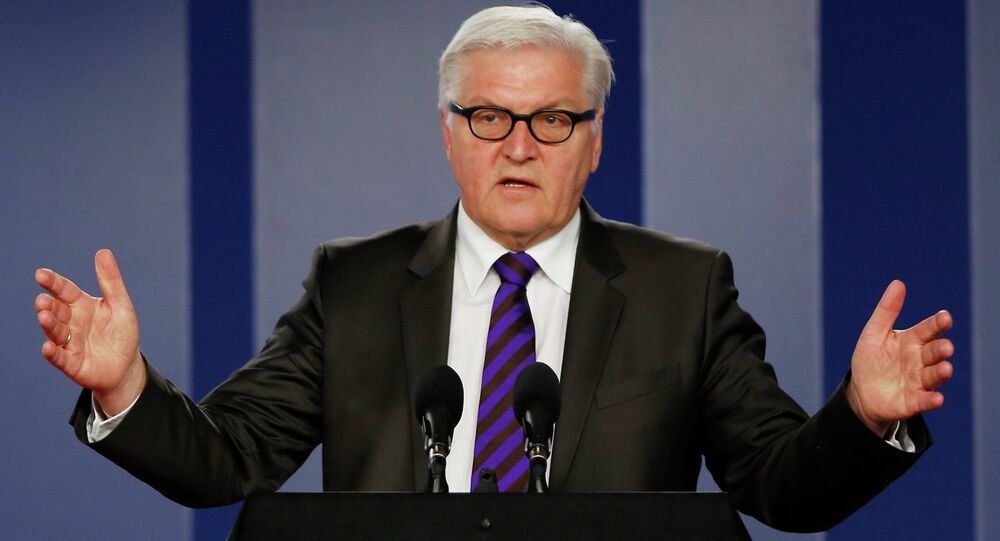 German FM Steinmeier: We Need Russia Back in G8

“We need Russia to settle the frozen conflicts in Europe, Syria, Iraq, and Libya and also in dealing with issue of the Iranian nuclear program,” Steinmeier told the German newspaper Neue Ostanbrücker Zeitung.

© AP Photo / Lefteris Pitarakis
Europe Reluctant to Impose More Sanctions on Russia – Steinmeier
He said that using political and economic pressure against Russia made no sense and underscored the need for a dialogue to look for ways out of the dangerous crisis in Ukraine.

“We realize that the Minsk accords have not been fully implemented yet, but they still allowed keeping the hostilities in check, even though the ceasefire regime remains fragile,” said the minister in the interview titled “Steinmeier wants Russia Back in G8.”

When asked to what extent he thought the Kiev leaders controlled their military, Frank-Walter Steinmeier said that President Petro Poroshenko was making every effort to keep the military in check.

He also said that additional sanctions against Russia would only exacerbate what is already a very difficult situation.

The next G8 summit, to be held June 7-8 at Elmau Castle in Bavaria, will tackle a wide range of economic and geopolitical issues, including Ukraine, climate and terrorism.