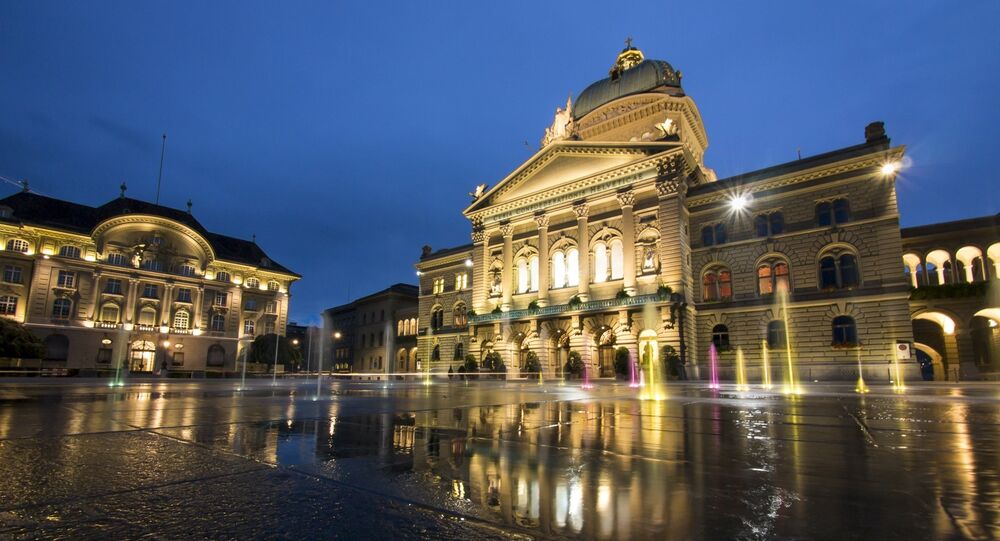 The European Union and Switzerland struck a historic accord on Wednesday to exchange bank account data in a bid to fight tax evaders, the European Commission said in a press release.

MOSCOW (Sputnik) — Under the terms of the deal, Switzerland and the European Union will exchange names, birth dates and tax ID numbers of bank account holders beginning in 2018. The process is expected to increase tax transparency and prevent EU tax evaders from hiding undeclared income in Swiss accounts.

"Today's agreement heralds a new era of tax transparency and cooperation between the EU and Switzerland. It is another blow against tax evaders, and another leap towards fairer taxation in Europe," EU Economic Affairs Commissioner Pierre Moscovici said in the statement.

© AP Photo / Luca Bruno
€6,000/Man: Brussels Proposes 'Selling' 40,000 Refugees
This is by far the biggest step that Switzerland has taken to roll back the notorious secrecy that earned the nation a reputation as a haven for hidden bank accounts. On Monday, the country began publishing online the names of suspected foreign tax dodgers wanted by tax authorities in their native countries.

Bern is now negotiating a similar deal with the United States after coming under pressure from the US Department of Justice since the late 2000s. In 2009, the Department sued the Swiss-based banking firm UBS to obtain access to more than 50,000 accounts belonging to US clients suspected of tax evasion.