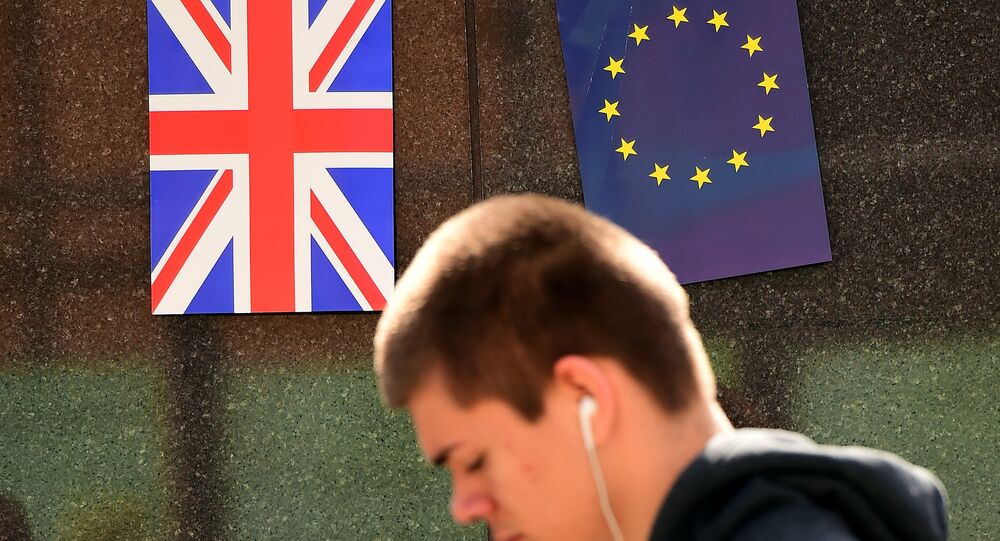 Only citizens of the United Kingdom and Commonwealth will be able to vote in a referendum on the UK's membership in the European Union, according to an anonymous government source.

© AFP 2021 / OLI SCARFF
UK Labour to Back Holding Brexit Referendum by 2017 – Party Leader
MOSCOW (Sputnik) — Only citizens of the United Kingdom and Commonwealth will be eligible to vote in a referendum on the UK's membership in the European Union, UK media reported.

"This is a big decision for our country, one that is about the future of the United Kingdom. That's why we think it's important that it is British, Irish and Commonwealth citizens that are the ones who get to decide," The Telegraph reported on Sunday, citing an anonymous government source.

UK Prime Minister David Cameron had pledged to held a referendum on EU membership if his Conservative Party won the May 7 election.

© Flickr / Ewan McIntosh
SNP Lawmaker Calls for Voting Age to Be Lowered to 16 in Brexit Referendum
After victory in the general election, Cameron reiterated his commitment to hold a referendum by the end of 2017.

The UK prime minister seeks to revise Britain's relations with the European Union ahead of the referendum by reforming the system of contributions to the bloc's budget and granting broader powers to member-state governments to control migration levels.

The United Kingdom has been a member of the European Union since 1973. According to an Ipsos MORI poll, as of October 2014, 61 percent of Britons polled wanted to stay with the bloc, while 39 percent of respondents supported ending membership.