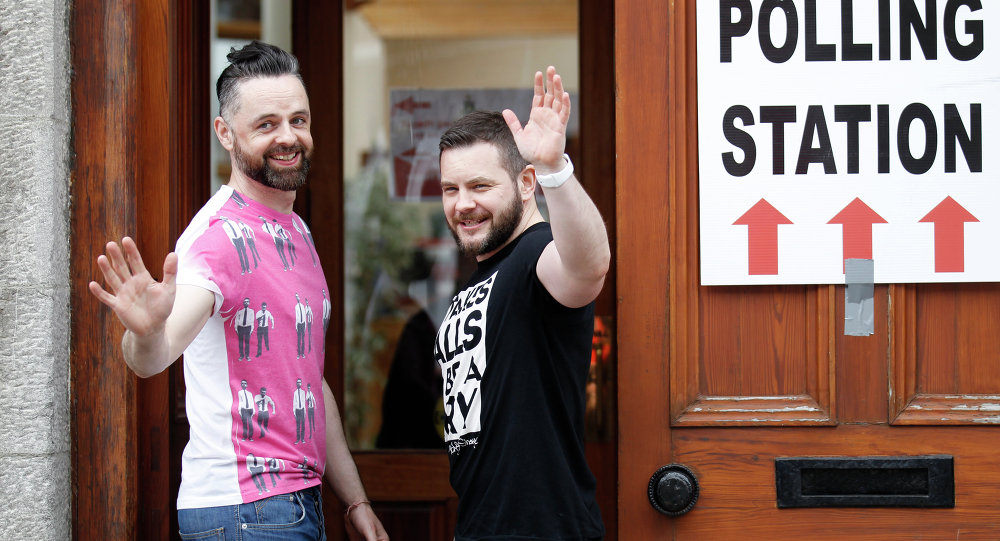 The Republic of Ireland is set to become the 18th country in the world to legalize same-sex marriage and the first to do so via a referendum as the preliminary results suggest voters said yes to the constitutional amendment, local media reported Saturday. 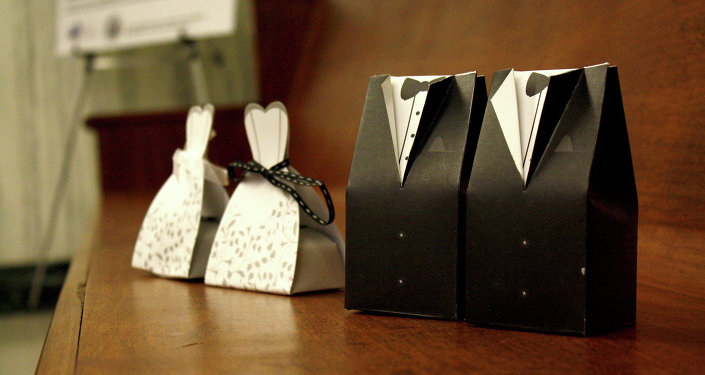 © Flickr / Andrea Parrish
Polls in Ireland Indicate High Turnout in Same-Sex Marriage Vote
MOSCOW (Sputnik) – The final results are expected to be counted and announced later on Saturday, but the provisional figures show that some 60 percent voted in favor of gay marriage in Ireland, according to local broadcaster RTE.

Voter turnout exceeded 60 percent at some of the polling stations as more than 3.2 million people were eligible to take part in the referendum.

In 2010, Ireland enacted civil partnership, which gave gay couples similar, but not equal rights with those legally married.

A 2011 census revealed that some 4.000 same-sex couples cohabited in Ireland.

Gay marriage is legal in some European and South American countries, as well as Canada, New Zealand and South Africa.

Same-sex marriage is also officially recognized in parts of Mexico and most states of the United States.

Ireland Gets Record Number of Asylum Seeker Applications in 2015