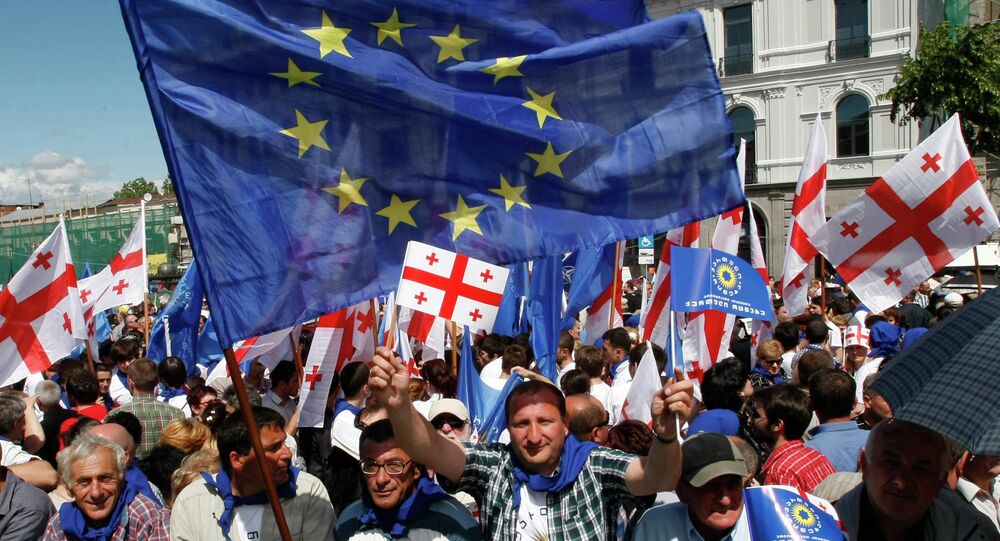 Georgian Prime Minister Irakli Garibashvili said that a political decision on the abolition of Schengen zone visas for Georgian nationals has already been taken and all technical procedures are expected to be completed by the end of 2015.

RIGA (Sputnik) – A political decision on the abolition of Schengen zone visas for Georgian nationals has already been taken and all technical procedures are expected to be completed by the end of 2015, Georgian Prime Minister Irakli Garibashvili said Thursday.

"Everyone says that the political decision has been made, and the termination of technical procedures is now the main issue. We hope that by the end of this year we will complete these procedures, and the nationals of Georgia will be able to travel to Europe without a visa," Garibashvili told journalists in Riga.

© AP Photo / Geert Vanden Wijngaert
Merkel Rules Out Fast Easing of Visa Regime for Ukraine, Georgia With EU
He added that over the past six months, Georgia has taken major steps toward “the liberalization of the visa regime with the EU.” However, the country should have started the process in 2010, at the same time as Moldova, according to Garibashvili.

Earlier in May, Georgia sent an official letter to Brussels expressing hope that its visa regime with the European Union will be eased following the European Partnership summit in Riga.

On May 21-22 the Latvian capital Riga is hosting the Eastern Partnership summit, designed to establish closer ties between the European Union and former Soviet republics, including Armenia, Azerbaijan, Belarus, Georgia, Moldova and Ukraine. The European Commission presented a report saying that Ukraine and Georgia have put great effort into the easing of their visa regimes but that the progress made was not enough to improve the situation as a whole.