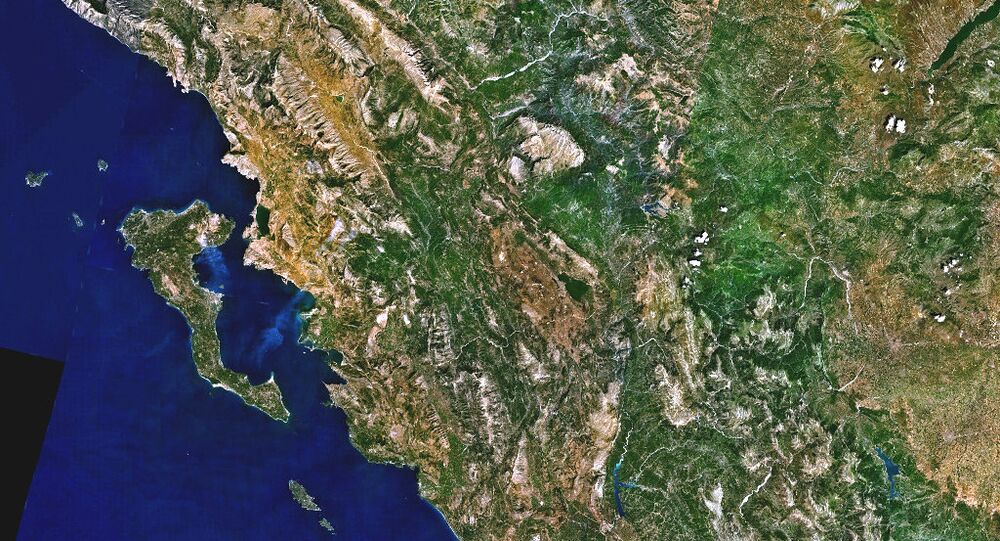 Things are not too smooth on the Balkan Peninsula yet again – a political dispute is about to arise between Greece and Albania over Athens’ plan to start hydrocarbon exploration in the contested territory between the two nations.

Tensions between Albania and Greece are rising following Tirana's official complaint to Athens regarding territorial claims along the border between the two countries, Greek Reporter said.

In the official complaint, the Albanian government asked Greece to review its plans for hydrocarbon exploration in the Ionian Sea, citing that it violates the territorial integrity of Albania.

Furthermore, Albania demanded Greece to present maps of land explorations in Epirus, the bordering region between the two neighbors.

© AP Photo
Macedonian Conflict: 'Greater Albania' Used by West to Destabilize Balkans
It is worth mentioning that when Greece conducted hydrocarbon surveys in the region in 2011, there was no reaction from Albania.

The Greek side claims the move is part of the nationalist idea of creating a "Greater Albania," a country that would include all Balkan regions with an ethnic Albanian population. In addition to existing Albania, "Greater Albania" would include Kosovo, parts of Serbia, Montenegro, Macedonia and Greece. The idea is a populist political move currently favored by Albanian politicians in search of extra votes, Greek Reporter said.