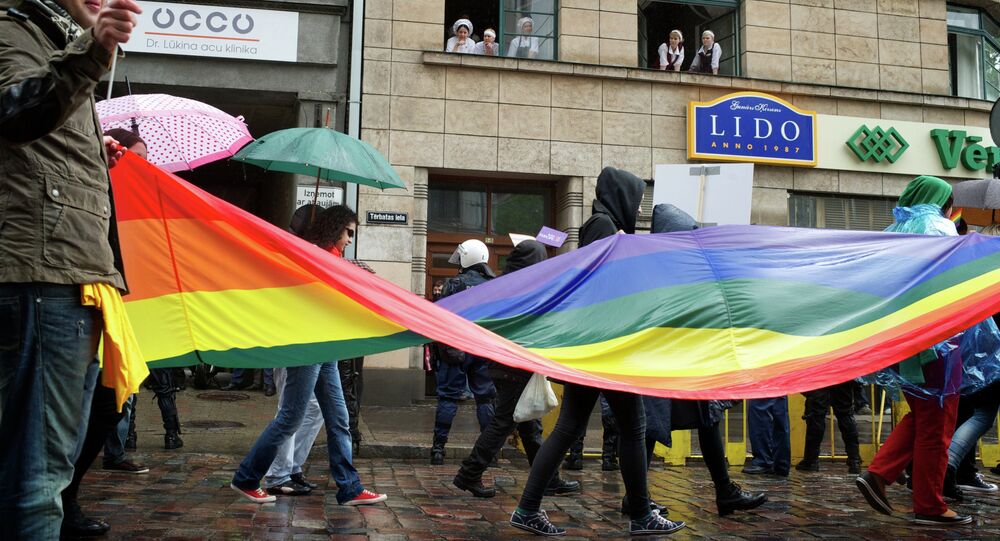 Stepping out against the 'EuroPride' gay pride parade set to be held in the Latvian capital next month, Riga Deputy Mayor Andris Ameriks stated that the parade would amount to "ostentatious showing off," adding that the event is opposed by three quarter of the city's residents, Baltic news hub Delfi reports.

© AFP 2020 / DIETER NAGL
Vienna's Gay Traffic Lights Infuriate Right-wing Politicians
Referring to a recent opinion poll, which found that 75 percent of Riga's residents are opposed to holding the parade, Ameriks stated that the parade "is not conducive to mutual understanding in society."

The deputy mayor noted that under the country's constitution, the freedom of assembly and speech does not allow authorities to prevent the parade from taking place. However, he added that "such actions will not lead to mutual understanding, and this is something the event's organizers must understand." In Ameriks's view, the parade should not take place.

Participants of the EuroPride Parade, among them representatives of sexual minorities from other European countries, are set to march through the city center on June 20, before holding a meeting at a park in the city's historic district. Organizers expect an attendance of about 2,000 people.

© Photo : Youtube/Svenska Freds
'Gay Propaganda' to Defend Sweden From Russian Submarines – Peace Activists
A number of local civil society groups have stated their opposition to the parade, among them the 'Anti-Globalist' movement, which has been picketing in front of the Riga City Duma and calling on residents to sign a petition to prevent the parade from taking place, citing traditional family values.
...
Reddit
Google+
Blogger
Pinterest
StumbleUpon
Telegram
WhatsApp
58