Vit Jedlicka, the president of the world's newest micronation, said he would not give up on his intention to gain official recognition for his self-proclaimed country, BalkanInsight reported.

On Sunday, the 31-year-old Czech man was reportedly arrested by Croatian border police for attempting to reach the territory of his country situated on the disputed area between Croatia and Serbia. He was trying to enter the three-square-mile Liberland on foot when he was detained and then transferred to a jail in the eastern Croatian town of Beli Manastir.

© REUTERS / Antonio Bronic
Police Arrest President of Self-Declared Liberland, Newest Micronation
However, the official Facebook page of the self-proclaimed state said that “just note it was more of a friendly meeting than arrest,” adding that Jedlicka had been released just hours after "a very friendly meeting with the police and a judge in the town of Beli Manastir, Croatia.”

"The president feels that there is a great degree of support from the Croatian police and judiciary and sees the arrest as a means for starting the talks with the Croatian side about opening a border crossing between Croatia and Liberland. Liberland has also got legal representation for the negotiations in Croatian jurisdiction."

After his release, Jedlicka told BIRN that he hoped that Croatia and Serbia would officially recognize the self-proclaimed nation.

"I think we can push for recognition, since our position is so strong," he said, adding that the citizens of Liberland have diplomatic ties in many states and would lobby for recognition of the tiny nation around the world. 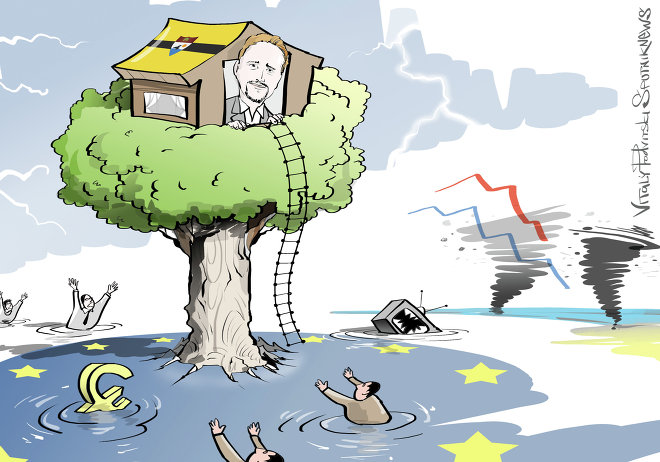 Liberland is a parcel of woodland on the Danube River. It was proclaimed in early April by a group of people from the Czech Republic, Switzerland, Denmark and other countries as an attempt to create a tax haven.

In late April, Jedlicka told Sputnik that the Liberlanders were seeking to create a nation with minimum state regulations and complete religious tolerance, a place of freedom and prosperity.

On Saturday, the self-proclaimed leader of Liberland met with eight ambassadors and with personnel of the Ministry of Foreign Affairs in Zagreb.

Today, the president was on a very successful mission in Zagreb. He met 8 ambassadors to Croatia and he invited them for…

"The people involved in the meetings disclosed to him that Liberland has quite a chance of success if it is based on the love and freedom ideas that it purports to be," Liberland's Facebook page said.