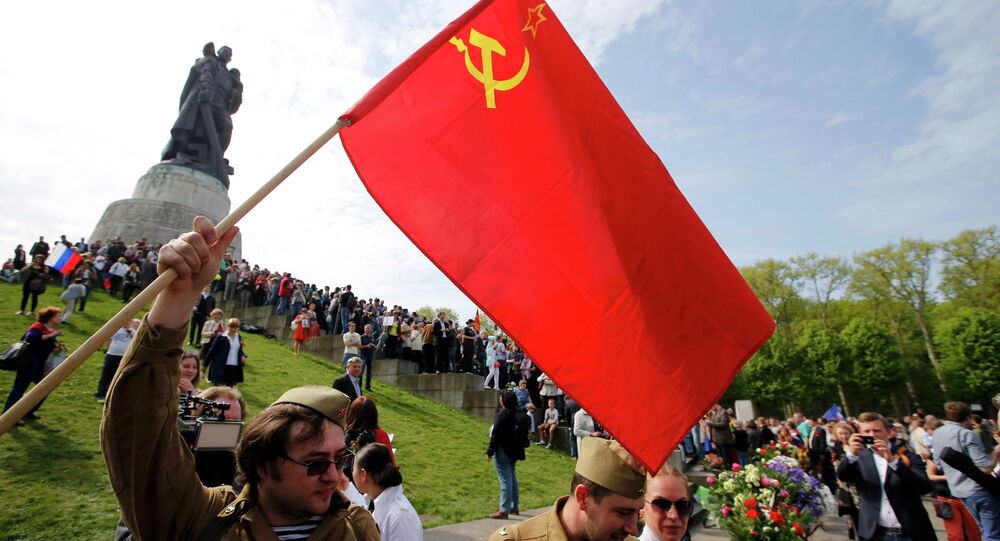 At least 15 thousand people came on Saturday to the Soviet War Memorial in Berlin's Treptower Park to commemorate those who fell while liberating Europe during World War II.

Host photo agency
Moscow V-Day Celebrations to Be Biggest Russian Military Parade Ever Held
BERLIN (Sputnik) – On May 9 Russia and former Soviet states celebrate the 70th anniversary of the Victory over Nazi Germany. The day also commemorates the end of war in Europe.

"Judging from the last year's experience, I could say that there are already about 15 thousand people [at 11 a.m. local time]. Last year, the memorial was visited by some 30 thousand people," a German student, engaged in a project on calculating the number of visitors to war memorials, told RIA Novosti,.

The bikers of the Russian motorcycle club the Night Wolves, who ran through Europe in honor of the 70th anniversary of the Victory, were also present at the commemoration.

The memorial in Treptower Park was erected to commemorate 5,000 of the 80,000 Soviet soldiers who lost their lives in the Battle of Berlin in April–May 1945. It is one of three Soviet memorials built in Berlin after the end of the war.

This weekend, events to commemorate the end of WWII in Europe are taking place all over the world. The war claimed more than 40 million lives in the European theatre, 27 million of them are Soviet casualties, both civilians and military.