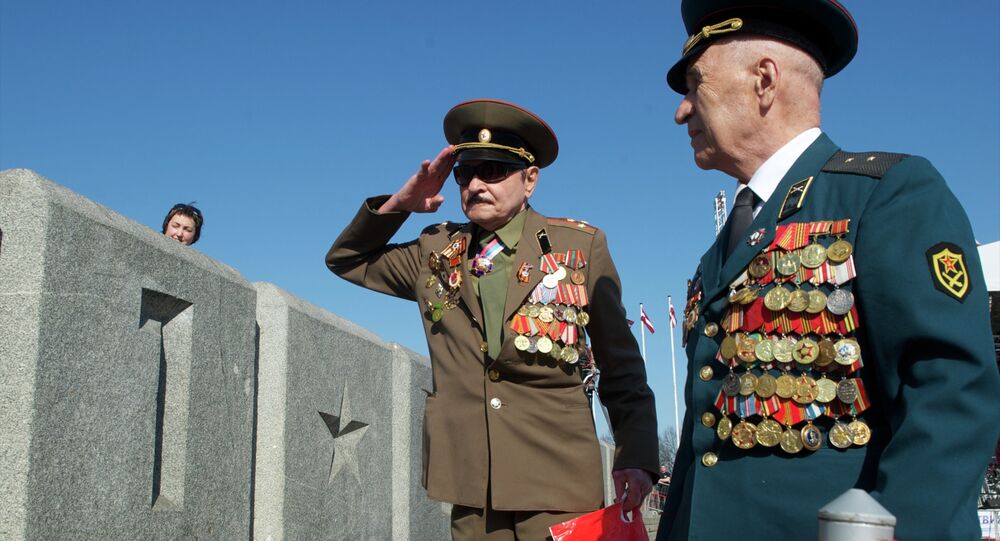 Coordinator of the Council of public organizations of Latvia said that authorities appear to be trying by all means possible to scrap Victory Day celebrations in the country.

“This year, to our regret, the Security Police of Latvia has sent a recommendation to abstain from supporting celebration of the 70th anniversary of the victory in World War II to all local authorities," Viktor Gushchin said.

He added that with every passing year local nationalists are more actively discuss the topic of a comprehensive ban on the May 9 celebrations in Latvia and the demolition of the Victory Memorial to Soviet Army in Victory Park.

“Today, the position of the political elite of the Republic of Latvia on this issue is negative, but it is gradually shifting towards support [of the nationalists], rhetorical at the moment,” Gushchin stressed.

Gushchin provided an example of the local Ministry of Education and Science, which gave all schools strict instructions to prohibit teachers and students from participating in activities related to celebrations of the victory over Nazis.

Last month, Latvian Prime Minister Laimdota Straujuma called on the country's citizens to refrain from using banned Soviet symbols during the Victory in Europe Day celebrations on May 9.

At the same time, the authorities have allowed veterans of the Latvian Legion of the Waffen-SS to march in the Latvian capital of Riga annually on March 16 since 1998.

© AFP 2020 / ILMARS ZNOTINS
Russians pose as they celebrate Victory Day commemorating the end of WWII on May 9, 2009, at the WWII monument in Riga. Poster reads "Russians will not give up."
...
Reddit
Google+
Blogger
Pinterest
StumbleUpon
Telegram
WhatsApp
415

Victory Day Celebrations to Start in United States on Thursday