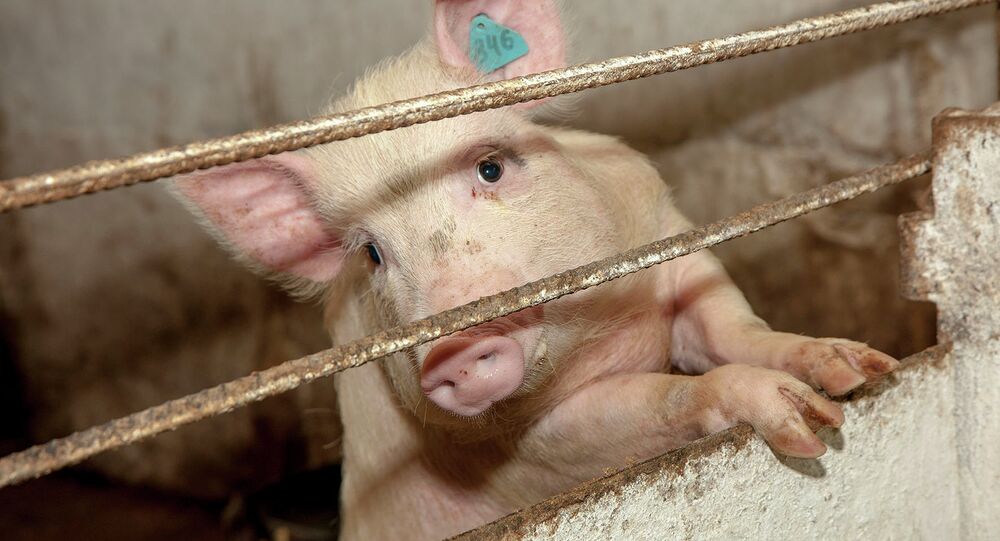 Opponents to a proposed asylum center in the Swedish town of Gullberg came up with a plan to deter Muslim immigrants from coming.

© Flickr / Andriy Baranskyy
By Thor's Hammer! Sweden's School Kids to Get Viking Language Lessons
Residents in the Swedish town of Gullberg opposed to controversial plans to build a center to house asylum seekers in the town, sent a letter to the Swedish Migration Board threatening to build a pig farm next to the building if the plan goes ahead, reports Sveriges Radio.

The letter, signed by 'The interest group for Gullberg's survival,' outlined plans to build the farm next to the disused school building in the municipality of Mark, with "only an electric fence between the animals and the school, of about 20  meters."

"It’s probably an impossible situation for certain religions. Above all Muslims."

Politician Henry Sandahl, from the Mark branch of Sweden's Countryside Party told P4 that though he had nothing to do with the letter, he supported the sentiment:

"It's as big an inconvenience to asylum applicants if they are not comfortable with the pigs as it is for neighbors to get 60 asylum seekers. The principle is the same, they are both a nuisance but on different planes."

The proposal was criticized by experts on Islam, including Ake Sander, a Professor of Psychology at the University of Gothenburg, who told the TT news agency:

"This is nonsense and shows just how very little they know about Islam."

"It is one thing when Muslims try to stay away from pork, alcohol or gambling but there is nothing [in the Koran] that says you cannot be near pigs."

The Swedish Migration Board told Sveriges Radio in a statement that it had no comment on the plans for the adjacent land, and did not want to engage in a debate about the pig farm proposal.

© Photo : gazprom.com
Giant Shale Gas Field Discovered in Southern Sweden
Last month, the Migration Board estimated between 68,000 and 80,000 people will apply for asylum in Sweden this year, having revised down an earlier prediction of between 80,000 and 105,000 people.

The agency suggested that Syrians, the biggest group of refugees in Europe, are choosing to apply in Germany instead, because the country processes their applications faster.

According to figures from Eurostat, Sweden has the highest proportion of asylum requests as a proportion of its population of all European countries, with 8,432 applications for every million inhabitants. Last year, four countries: Sweden, Germany, Italy and France, accepted around two-thirds of the EU's asylum applications.